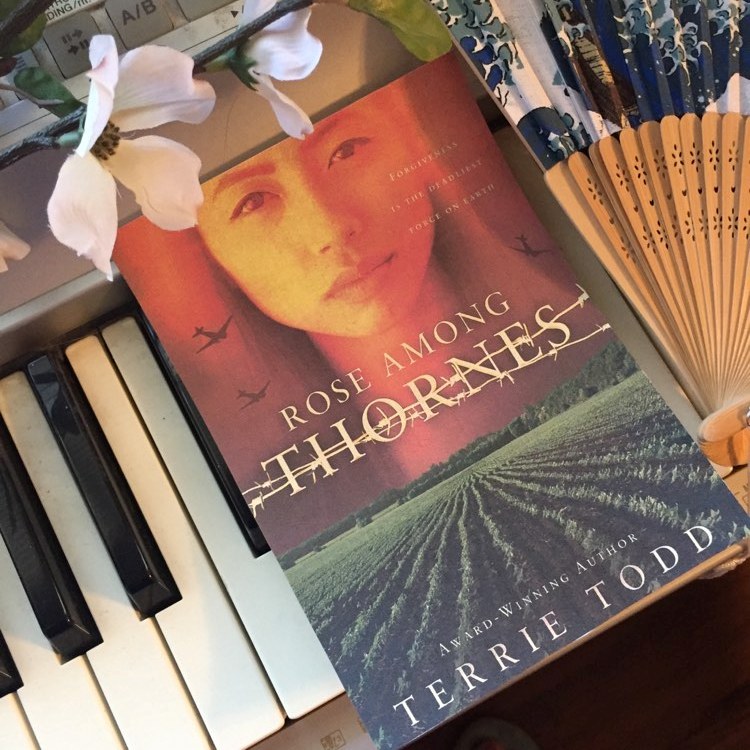 In 1941 in Vancouver, British Columbia, Rose Onishi is well on her way to fulfilling her life’s goal of becoming a concert pianist. But after Pearl Harbor, Canada rounds up all people of Japanese descent and places them in bleak internment camps. Rose’s family is then sent inland to Manitoba to work on a sugar beet farm. The Thorne family treats them well, but their housing is rustic and the city dwellers are unused to farm work. Rose mourns the inability to finish high school – and worst of all, not having a piano to play. Mrs. Thorne persuades her to write letters to her son, Rusty, which helps Rose keep her situation in perspective.

Canadian soldier Rusty Thorne and his best friend Bert are captured in the battle for Hong Kong. As they’re transferred from one POW camp to another, Rusty and Bert try to keep up each other’s spirits as conditions become more and more brutal and their strength wastes away. Enduring harsh and inhumane treatment from their Japanese guards, Rusty struggles as his resentment grows to hatred and his faith wavers. Bert’s friendship and Rose’s letters help sustain him, and he dreams of coming home and meeting the young woman he’s become infatuated with.

But when he returns to Manitoba, which will be stronger – his hated or his love? And can Rusty and Rose come to forgive those who have taken away all they hold dear?

Thoughtful and timely. In Rose Among Thornes, Terrie Todd shows the difficult conditions faced by Japanese-Canadians in World War II—a topic rarely explored in novels—as well as the horrific treatment of prisoners of war. Both Rose and Rusty have reasons to hate, reasons never to forgive. Through their struggles, we see the cost of not forgiving and the blessings of forgiveness. A beautiful story that makes you feel—and think. Highly recommended!