Shadows in the Mind’s Eye by Janyre Tromp 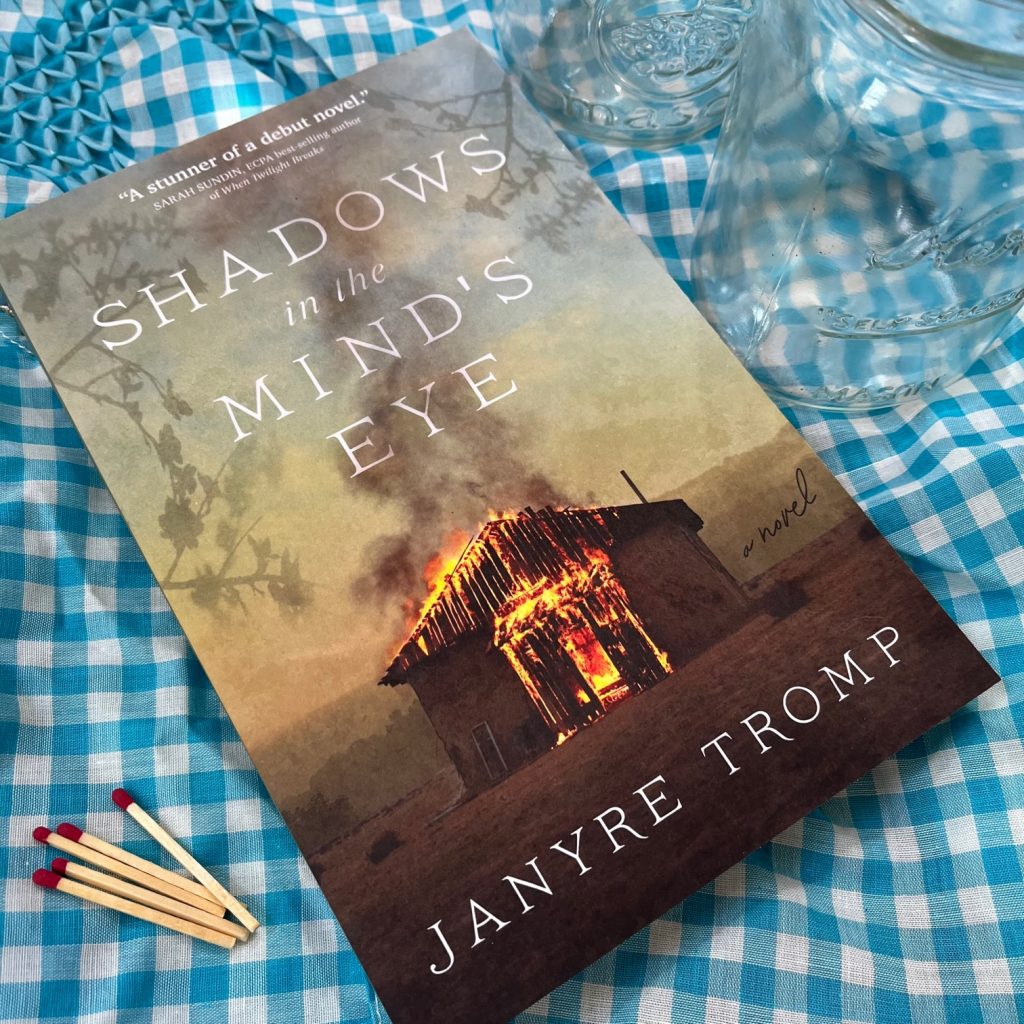 When Samuel Mattas returns home to Arkansas after serving as a sailor in World War II, he only wants to run the family peach orchard and start over with his beloved wife, Annie, and the daughter he’s never met.

Annie has been getting by the best she can in Sam’s absence, with welcome help from Sam’s brother and his best friend – and unwelcome help from the father she’s rejected due to his lofty position in the corrupt local government.

But Sam’s scars from piloting landing craft onto beaches in the Pacific run deep. He has nightmares and startles at sounds. And when he sees lights in the sorting shed and hears voices at night, his family begins to wonder if his scars run too deep. Sam wonders too. Or has he stumbled on a secret that could bring unspeakable danger to all he loves?

Oh my! What a story! Shadows in the Mind’s Eye is a stunner of a debut novel. Sam and Annie’s love is beautifully rendered, Sam’s combat fatigue (what we now call PTSD) is compassionately portrayed, and Janyre Tromp‘s writing effortlessly captures the Southern voice. And the last half of the book is one dangerous, breathtaking twist after another, as Sam’s worst nightmares come to pass. A compelling look at a town struggling to find its soul and a wounded couple struggling to reclaim their love. Not to be missed.