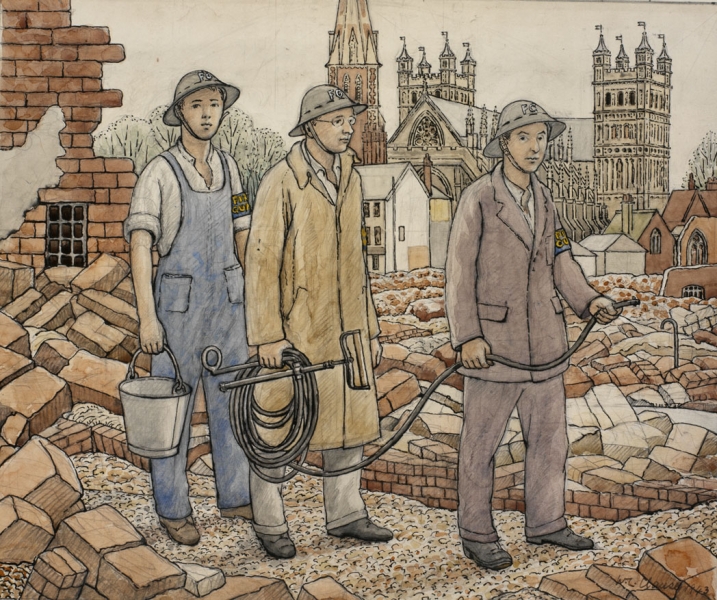 Study for a Fire Guard Team, Exeter, 1943, by William Clausen, after the Baedeker Raid to Exeter (Imperial War Museum)

As the Japanese advance, Chinese Sixth Army retreats from Burma back into China.