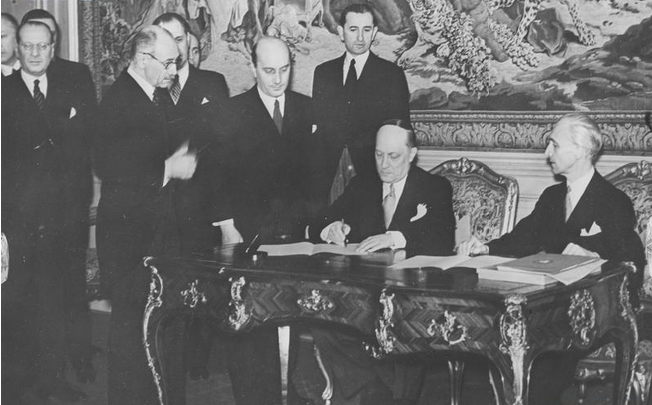 Foreign Ministers Aleksandar Cincar-Marković of Yugoslavia and László Bárdossy of Hungary signing the Treaty of Eternal Friendship between Yugoslavia and Hungary; Hungarian Prime Minister Pál Teleki (with glasses) is on the left, Budapest, 14 March 1941 (public domain via Wikipedia)