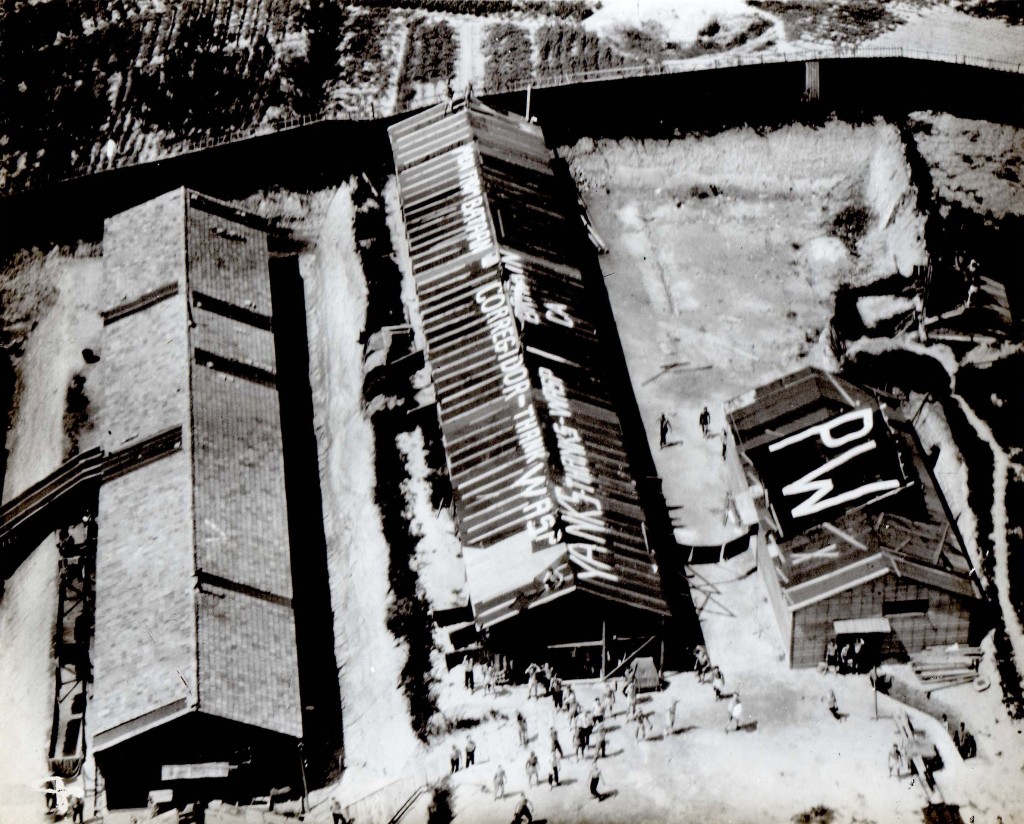 Allied POWS in Nagoya, Japan leave messages of thanks on the roofs of their huts for supplies dropped to them from aircraft from the USS Wasp, 28 Aug 1945 (US National Museum of Naval Aviation)

80 Years Ago—Aug. 18, 1940: “The Hardest Day” in the Battle of Britain as both sides suffer their highest casualties.

Duke of Windsor (former King Edward VIII) is sworn in as Governor of the Bahamas.

German-American Bund (pro-Nazi) and Ku Klux Klan hold an anti-war rally for 1000 at Camp Nordland, New Jersey, while 1000 protest against the Bund and Klan outside.

75 Years Ago—Aug. 18, 1945: In last air conflict of war, US B-32 Dominator reconnaissance planes are attacked by flak and fighters over Tokyo, 1 killed (photographer Sgt. Anthony Marchione), the last American killed in the war; 2 Japanese fighters are shot down.

New songs in the Top Ten: “Till the End of Time” and “On the Atchison, Topeka, and the Santa Fe.”