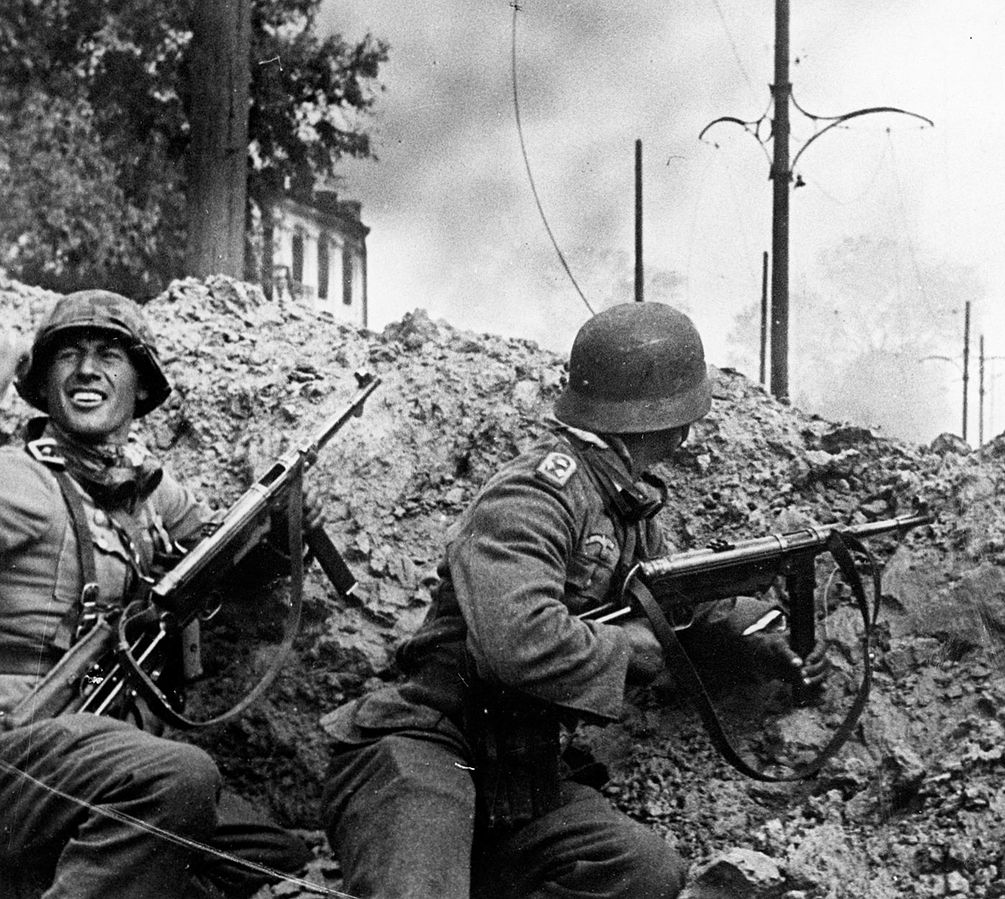 Soldiers of the German 24th Panzer Division during the fighting for the southern station of Stalingrad, 15 September 1942 (Berliner Illustrierte Zeitung, 1 Oct 1942, public domain via Wikipedia)