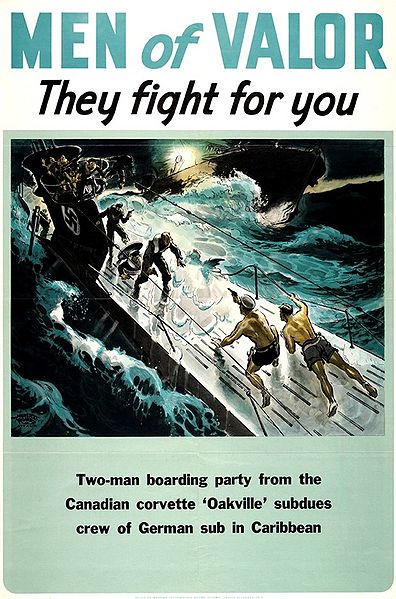 Poster commemorating capture of U-94 by HMCS Oakville, 28 Aug 1942 (public domain via Wikipedia)

75 Years Ago—Aug. 28, 1942: Japanese daylight attempt to reinforce Guadalcanal fails due to US air attack; they turn to nighttime missions, dubbed the “Tokyo Express” by the Americans.

Off Haiti, US PBY Catalina and Canadian corvette Oakville capture German sub U-94, but sub sinks; this loss will lead the Germans to withdraw Type VII U-boats from Caribbean and Gulf.