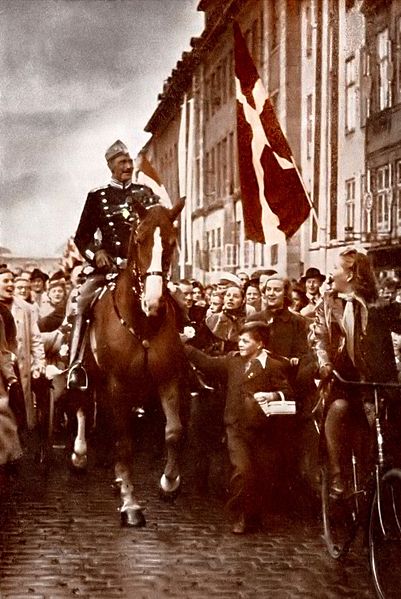 King Christian X riding through Copenhagen on his 70th birthday, 26 September 1940 during the German occupation of Denmark (public domain via Wikipedia)

In Denmark, King Christian X and royal family are confined to the palace.