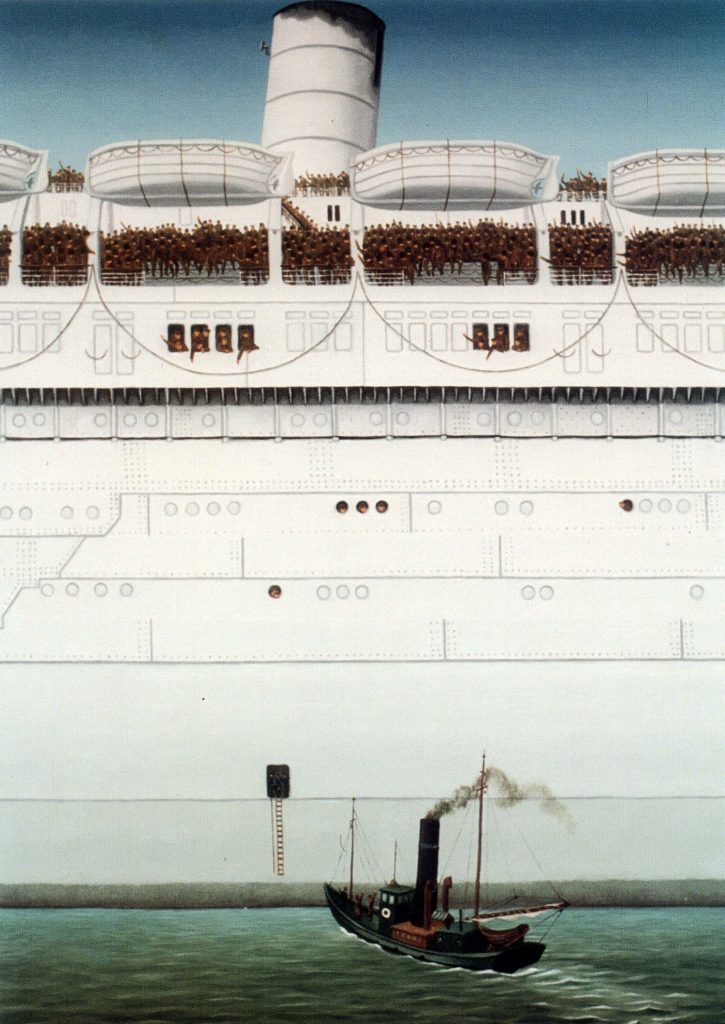 “Queen Elizabeth Comes Up The Clyde,” US Army painting by Byron Thomas, depicting troopship HMT Queen Elizabeth bringing US troops to England during WWII (US Army Center of Military History)

Mussolini orders arrest of all Jews in Italy, but Italians shelter many.