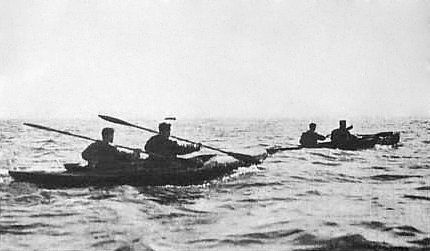 75 Years Ago—Dec. 11, 1942: “Cockleshell Heroes” Raid: British commandos, who had landed in France from a submarine on Dec. 7 and canoed up the Gironde River, damage six ships in Bordeaux; two of the ten commandos survive.

First US military personnel arrive in Iraq and Iran.