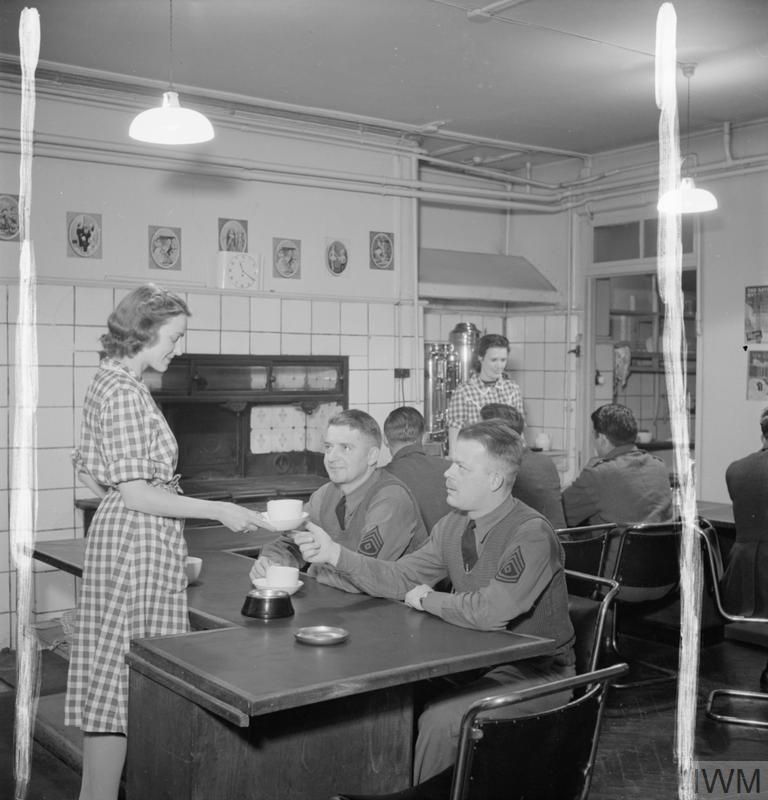 A female volunteer at the American Red Cross Eagle Club gives a cup of tea to one of several American soldiers making use of the canteen facilities at the club, WWII (Imperial War Museum: D 8333)

80 Years Ago—Dec. 17, 1940: President Roosevelt proposes the Lend-Lease Plan to aid Britain, saying that if your neighbor’s house is on fire, you lend him a garden hose.

The American Eagle Club is established in London for servicemen; it will later be taken over by the American Red Cross.