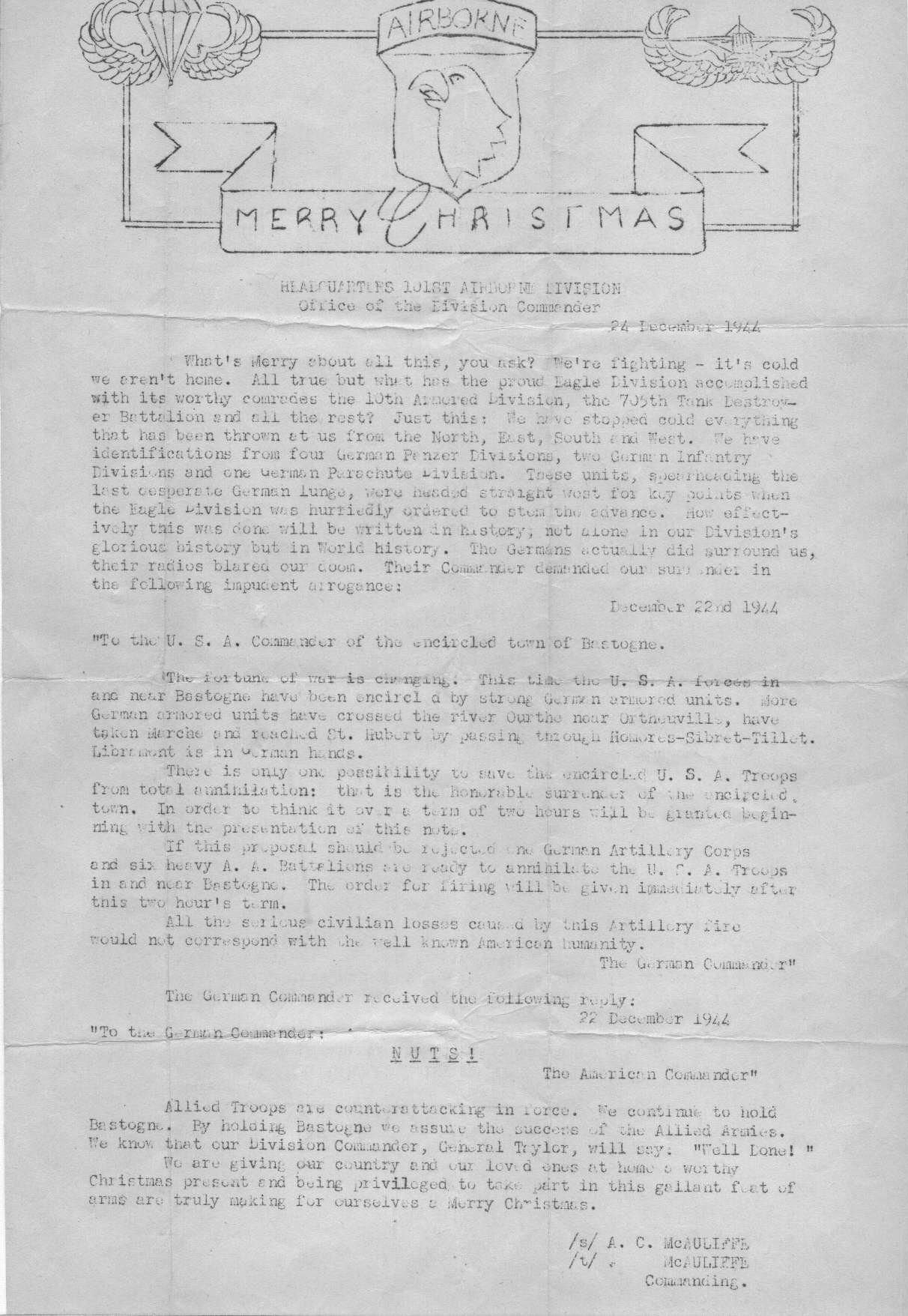 Brig. Gen. Anthony McAuliffe’s Christmas letter to the US 101st Airborne Division at Bastogne, Belgium in which he recreated the German surrender demand and his response (Source: US Army)

US Third Army under Gen. George Patton launches offensive on the southern flank of Bulge.

Movie premiere of Winged Victory, with Army Air Force men in the cast and with Red Buttons in his debut.