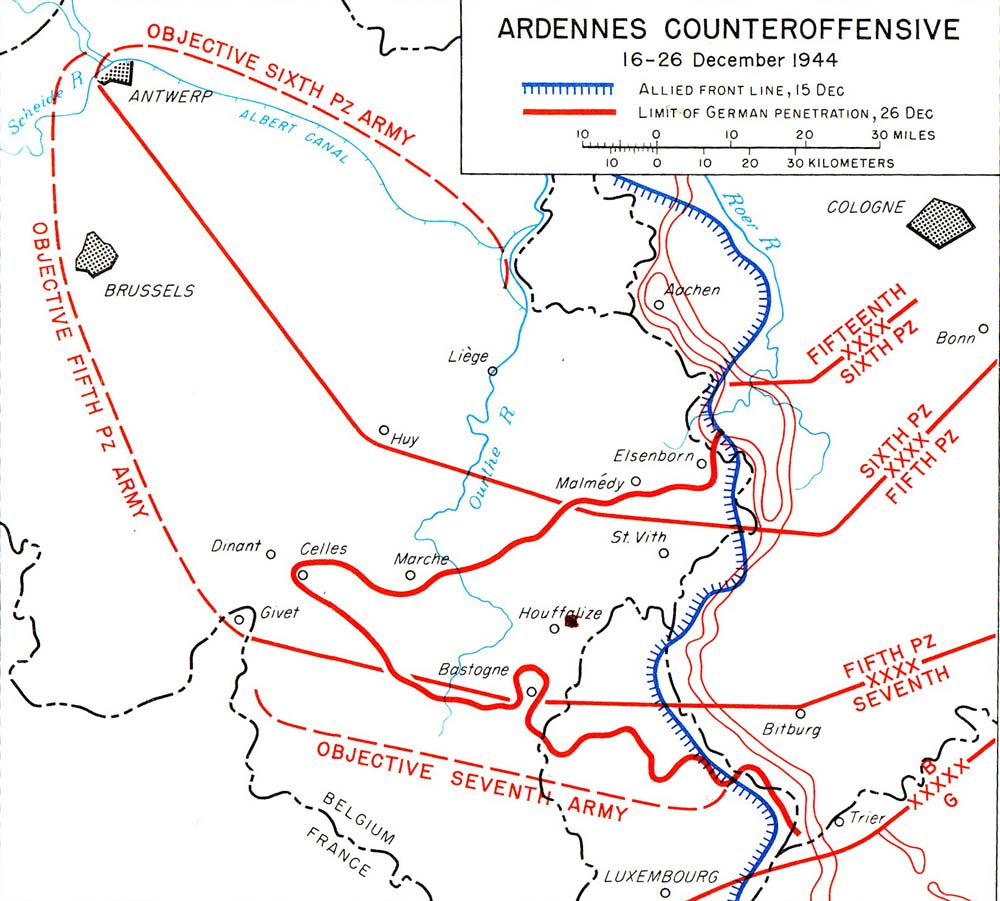 Map noting the objective of and actual ground gained during the German Ardennes Offensive, 16-26 Dec 1944 (US Army) 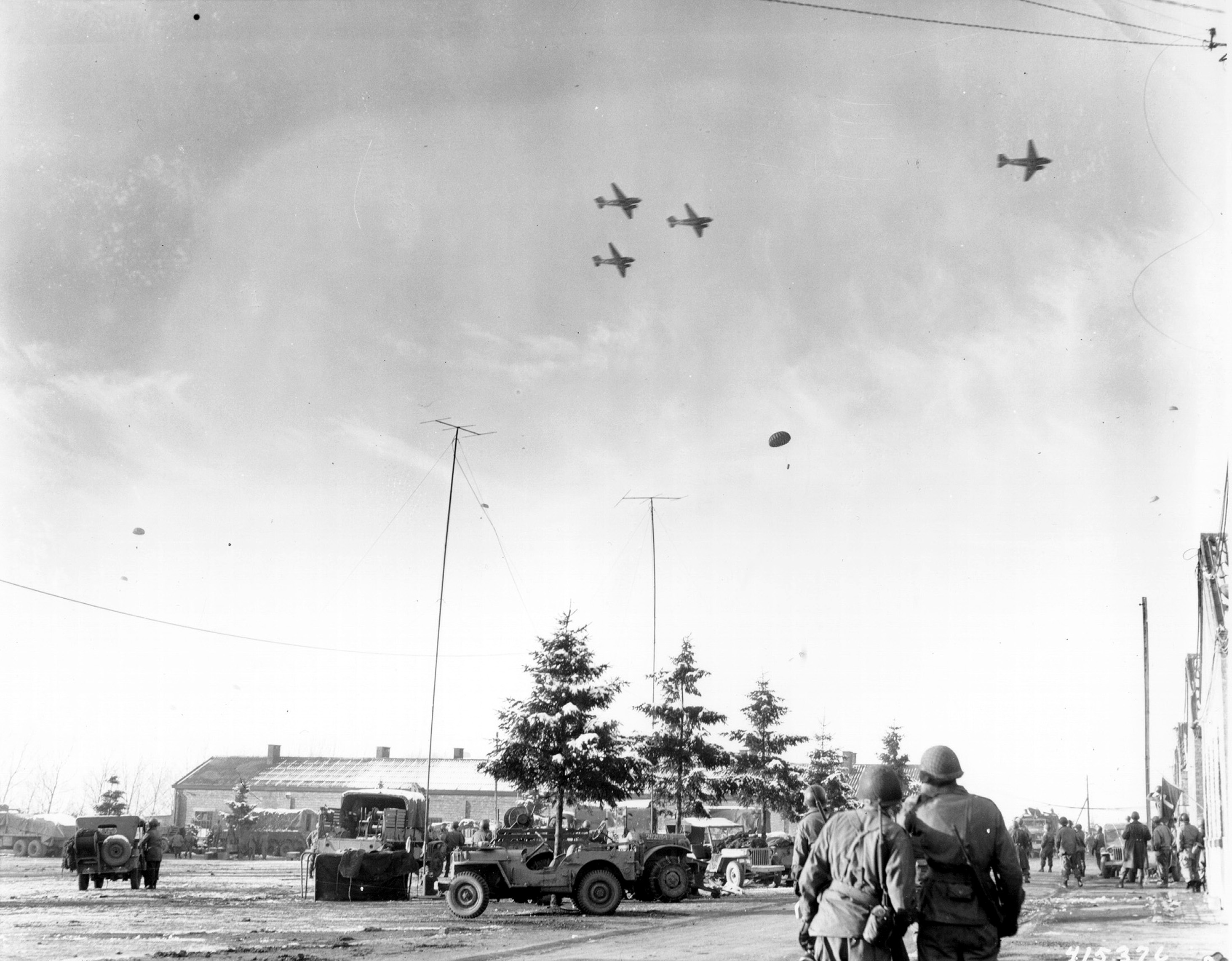 In US, all horse and dog racing is banned to save labor, effective January 3, 1945.

At Papago Park camp in Arizona, 25 German POWs escape, ecstatic about successes in the Battle of the Bulge, but their plan to float down a river to Mexico goes awry due to the riverbed being dry; all are recaptured by January 28, 1945.