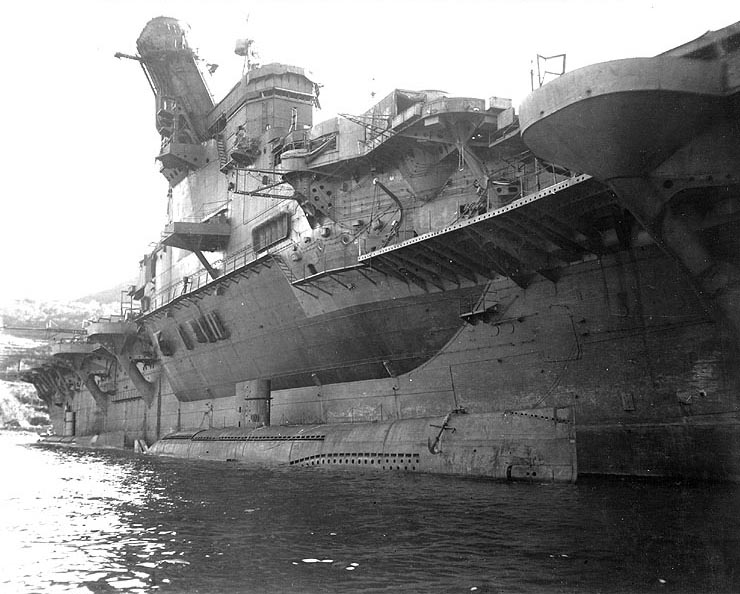 Japanese carrier Junyo at Sasebo, Japan, with 2 midget submarines at her side, 26 Sep 1945 (US Marine Corps photo) 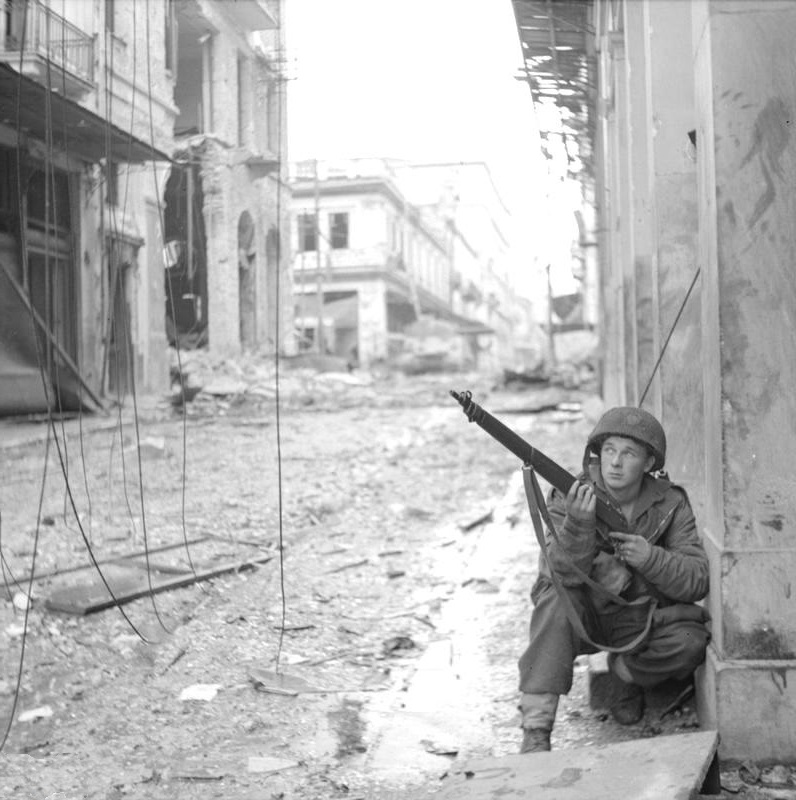 Bulgarian and Yugoslavian armies drive the last German forces from Serbia and Macedonia.

British troops arrive in Athens, Greece to put down the communist uprising.