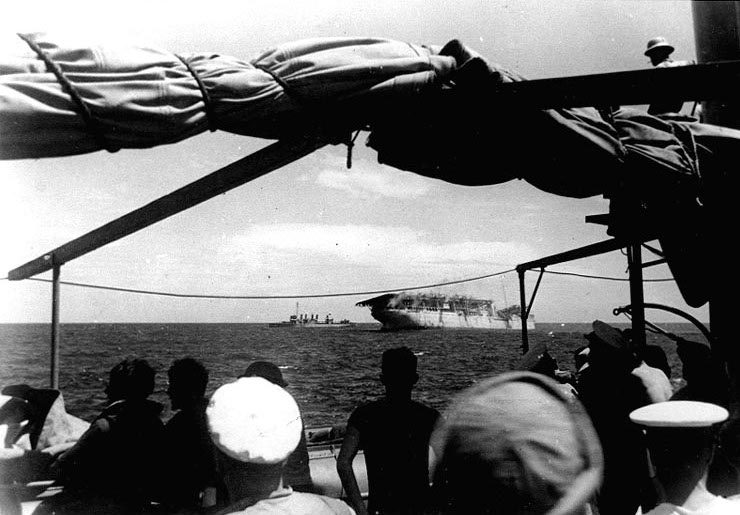 Seaplane tender USS Langley being abandoned after being damaged by Japanese bombs, Battle of Java Sea, 27 Feb 1942 (US Naval History and Heritage Command)