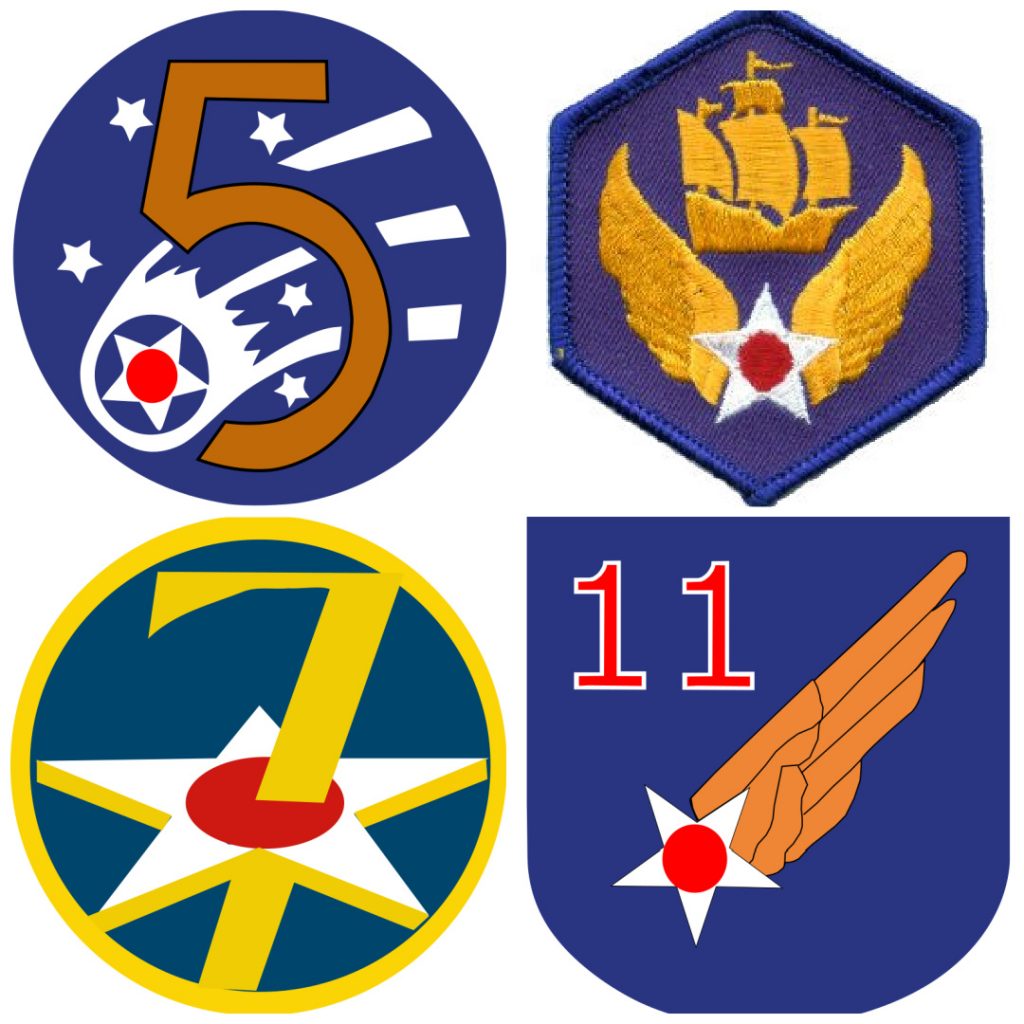 Patches of the US Fifth, Sixth, Seventh, and Eleventh Air Forces

In Norway, the Nazi puppet government requires teachers to join the Teachers’ Front and to teach Nazi ideology, and requires all children ages 10-18 to join the Nasjonal Samling Youth Movement.

US National Naval Medical Center is established in Bethesda, MD.