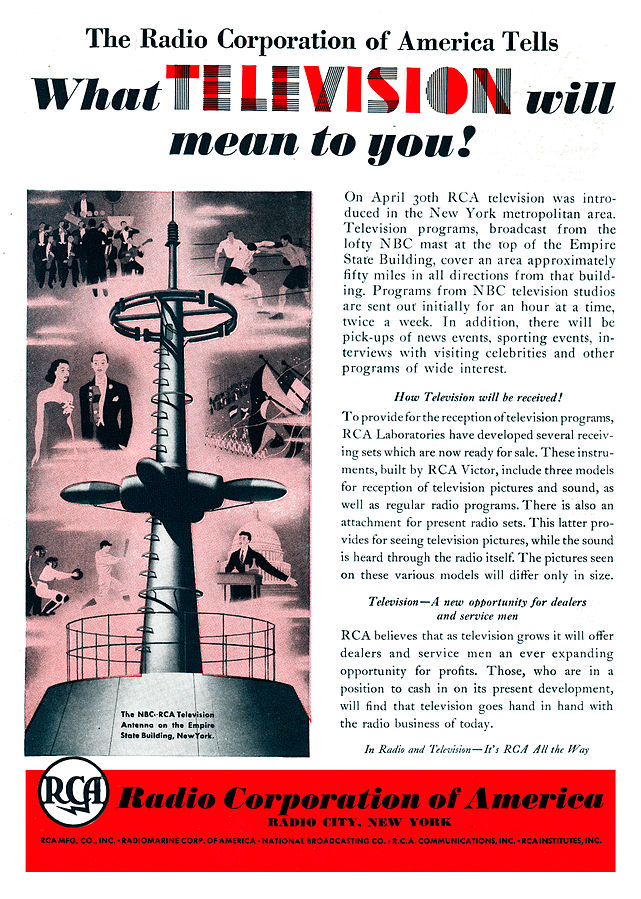 RCA ad announcing the start of regularly scheduled television broadcasting in New York City by RCA-NBC in April 1939 via station W2XBS, the forerunner of today’s WNBC, June 1939 (public domain via RCA via Wikipedia)

US agrees to take over the security of Iceland from Britain.