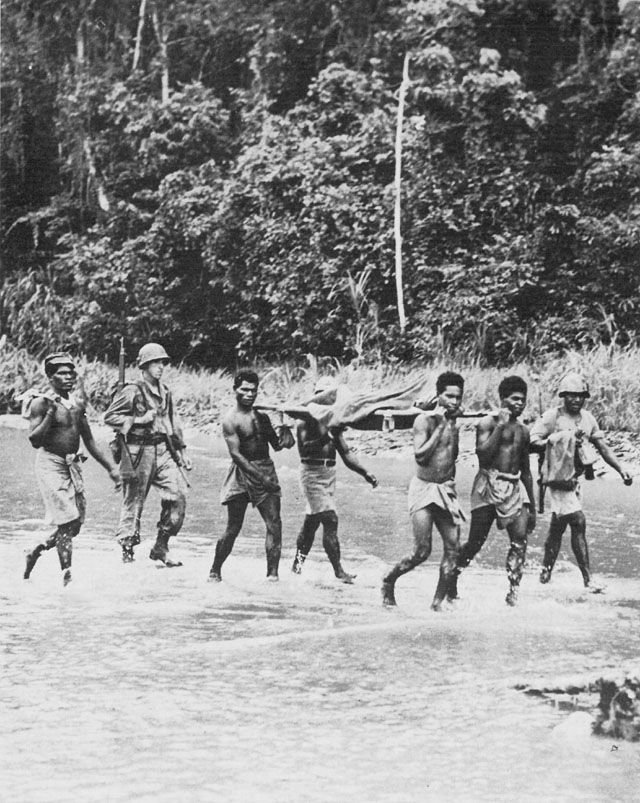 Native litter bearers evacuate an American casualty across the Driniumor River in New Guinea, 1944. (US Army Center of Military History)

75 Years Ago—July 13, 1944: On New Guinea near Aitape, US troops push back to Driniumor River, dividing the Japanese 18th Army.

Mayo Clinic announces that cigarettes may harm wounded men due to vasoconstriction.