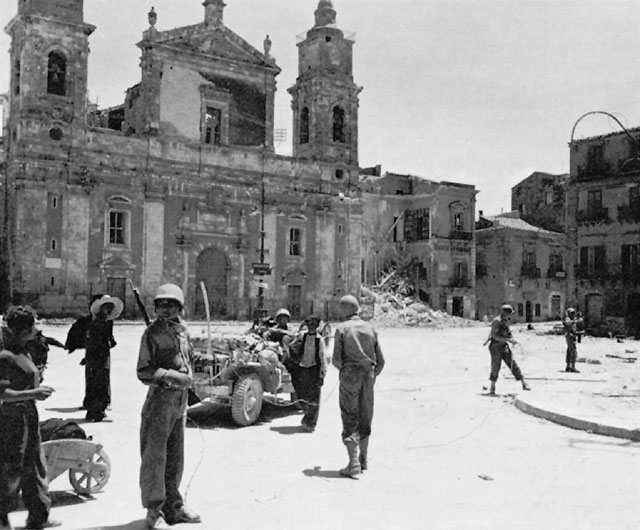 US Army Signal Corps troops in Caltanissetta, Sicily, after 17 July 1943 (US Army Center of Military History)