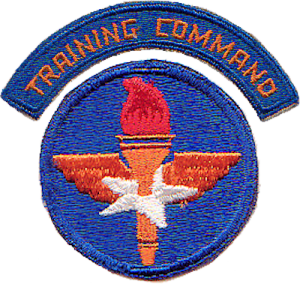 Patch of the US Army Air Force Training Command, WWII