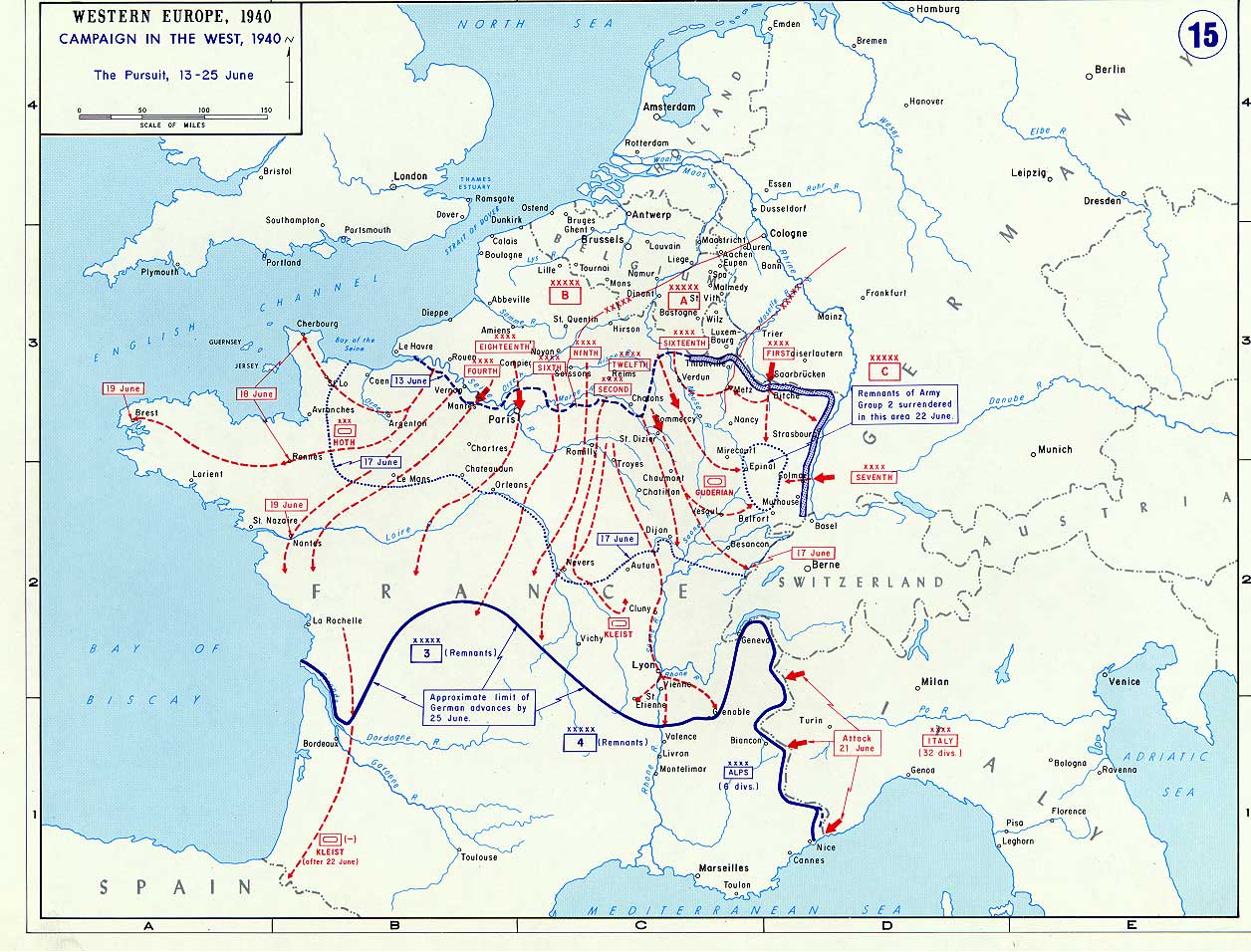 Map showing the German and Italian advances in France, 13-25 Jun 1940 (US Military Academy)

Hitler orders Compiègne surrender site destroyed, including the railroad car used for both the 1918 and the 1940 armistice ceremonies.

Premiere of war film Back to Bataan, starring John Wayne and Anthony Quinn.