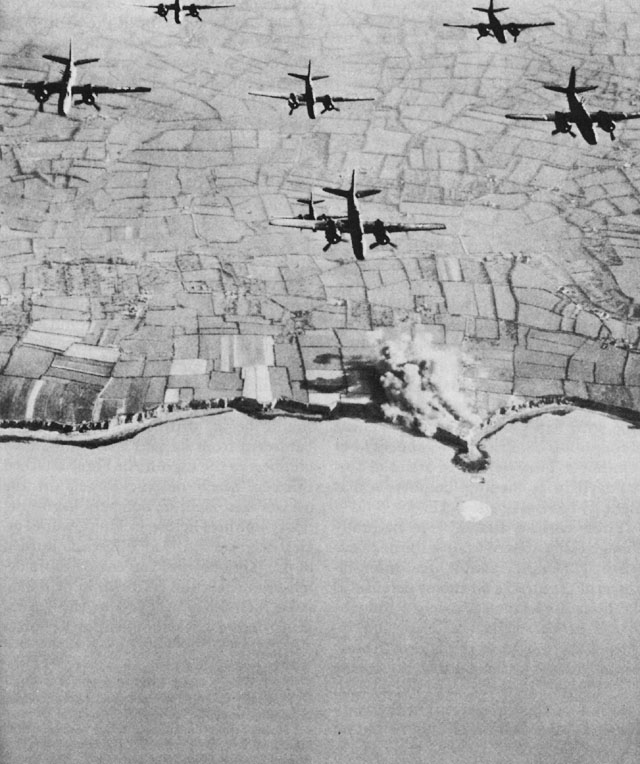 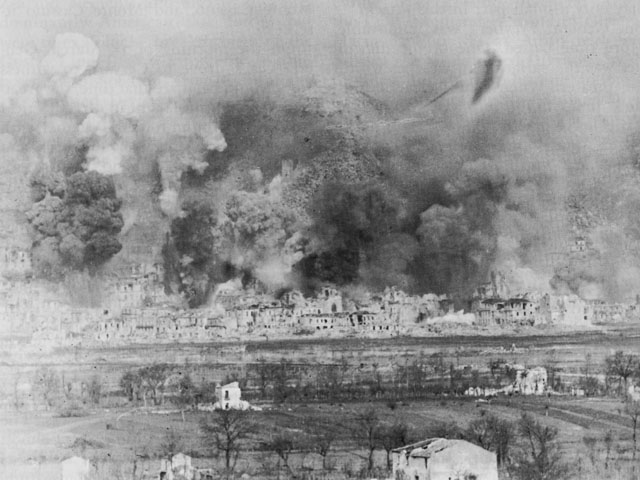 Town of Cassino during Allied bombing, 1944 (US Army Center of Military History)