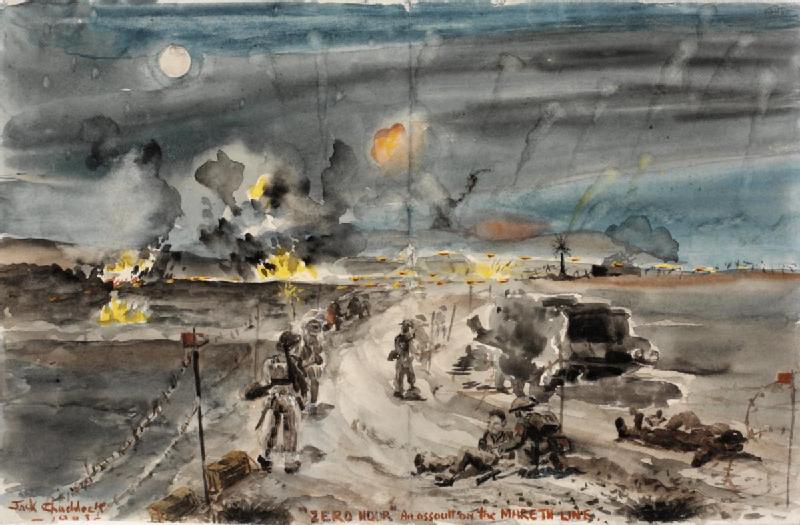 “Zero Hour” by Jack Chaddock, depicting the Queen’s Own Cameron Highlanders advancing during the Battle of the Mareth Line, 1943 (Imperial War Museum)