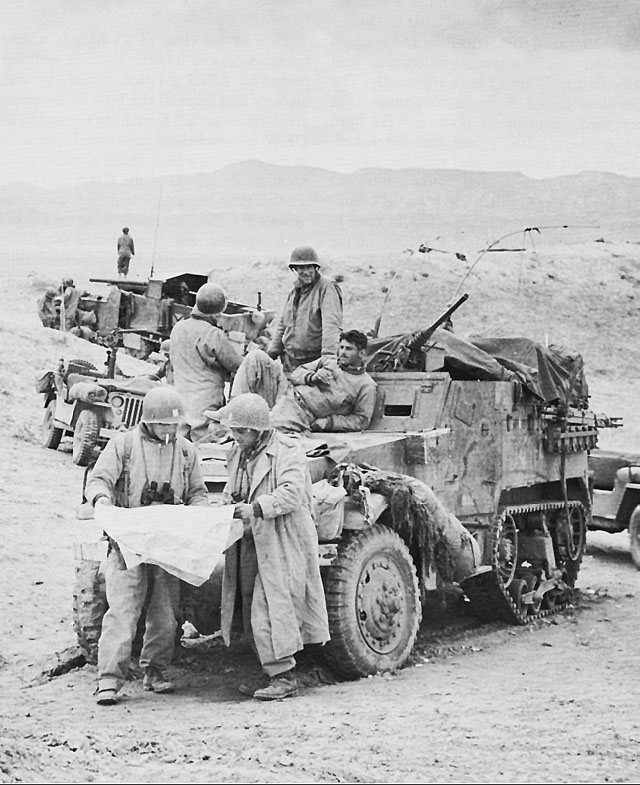 US armor near El Guettar, Tunisia, 23 March 1943 (US Army Center of Military History)

In tank battle at El Guettar in Tunisia, US infantry defeats German armor.

In a free election in occupied Denmark, the Government Party wins 143 seats while the Danish Nazi Party wins 5 seats.