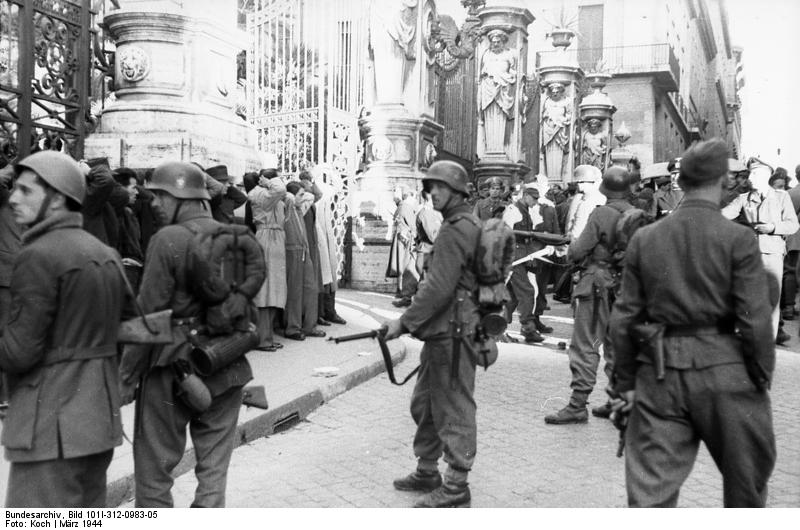 German troops and Italian collaborators round up civilians in front of the Palazzo Barberini, Rome, 23 March 1944, before the Ardeatine Caves Massacre (German Federal Archive: Bild 101I-312-0983-05)

The word “gobbledygook” is invented, used in a memorandum from US Smaller War Plants Corporation director Maury Maverick promoting short and plain writing.