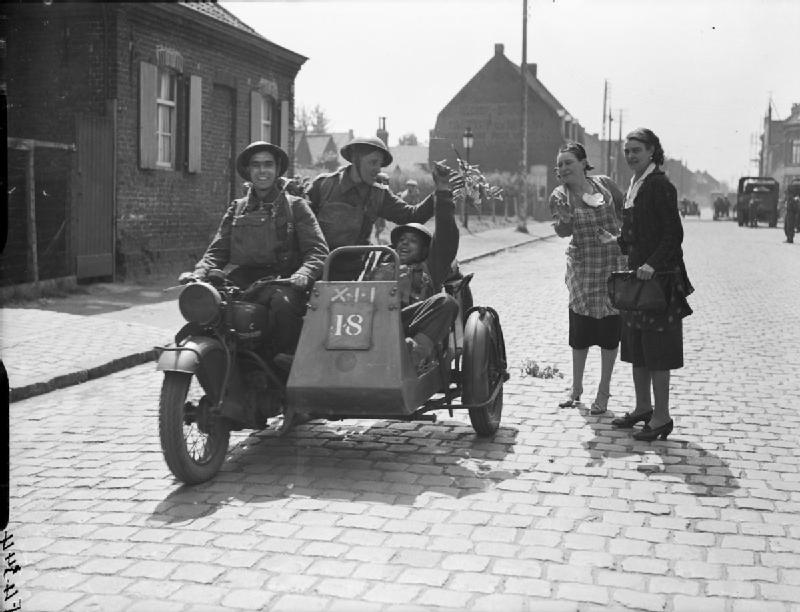 Belgian girls give flowers to British troops riding a Norton motorcycle combination in Herseaux, as the BEF crosses the border into Belgium, 10 May 1940 (Imperial War Museum: F 4344)

Switzerland mobilizes its army, while Swiss citizens living on the German border flee.

US Tenth Army and Marines launch offensive on Shuri Line of Okinawa.