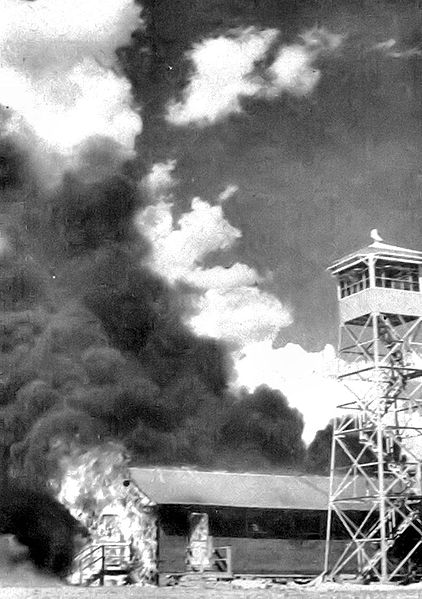 US Army ends experiment in using “bat bombs” as bats burn down newly constructed, unoccupied Carlsbad Army Air Base, NM; plan was for bats carrying incendiary bombs to be dropped over Japan, where they would roost under eaves and destroy buildings.