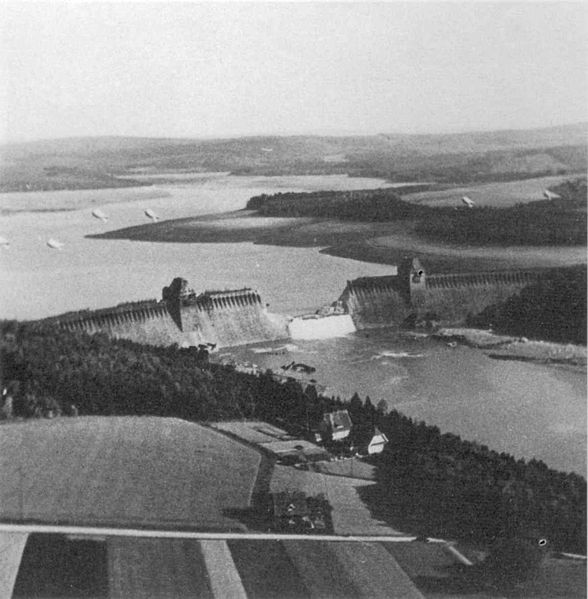 Möhne Dam in Germany after the RAF Dambuster Raid, 18 May 1943 (British Government photo)