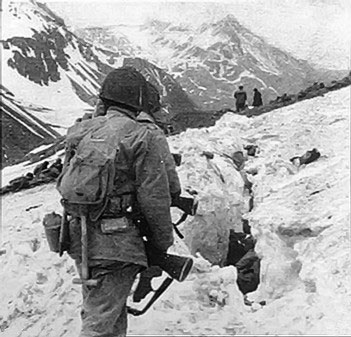 US troops traveling across snow and ice during the Battle of Attu in the Aleutian Islands, May 1943 (Australian War Memorial)

Allies begin major air offensive against island of Pantelleria between Sicily and Tunisia.