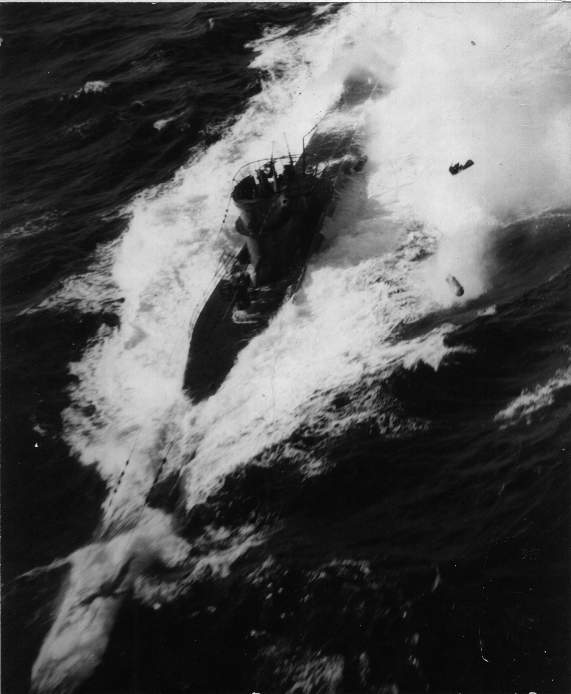 German U-boat U-569 under attack by TBF Avenger flown by Lt. (jg) William Chamberlain from auxiliary carrier USS Bogue, 22 May 1943 (US Navy photo)

Gen. Adolf Galland, commander of German Fighter Command, flies the Messerschmitt Me 262 jet fighter and presses for its development. Messerschmitt Me 262A at the National Museum of the United States Air Force (U.S. Air Force photo)