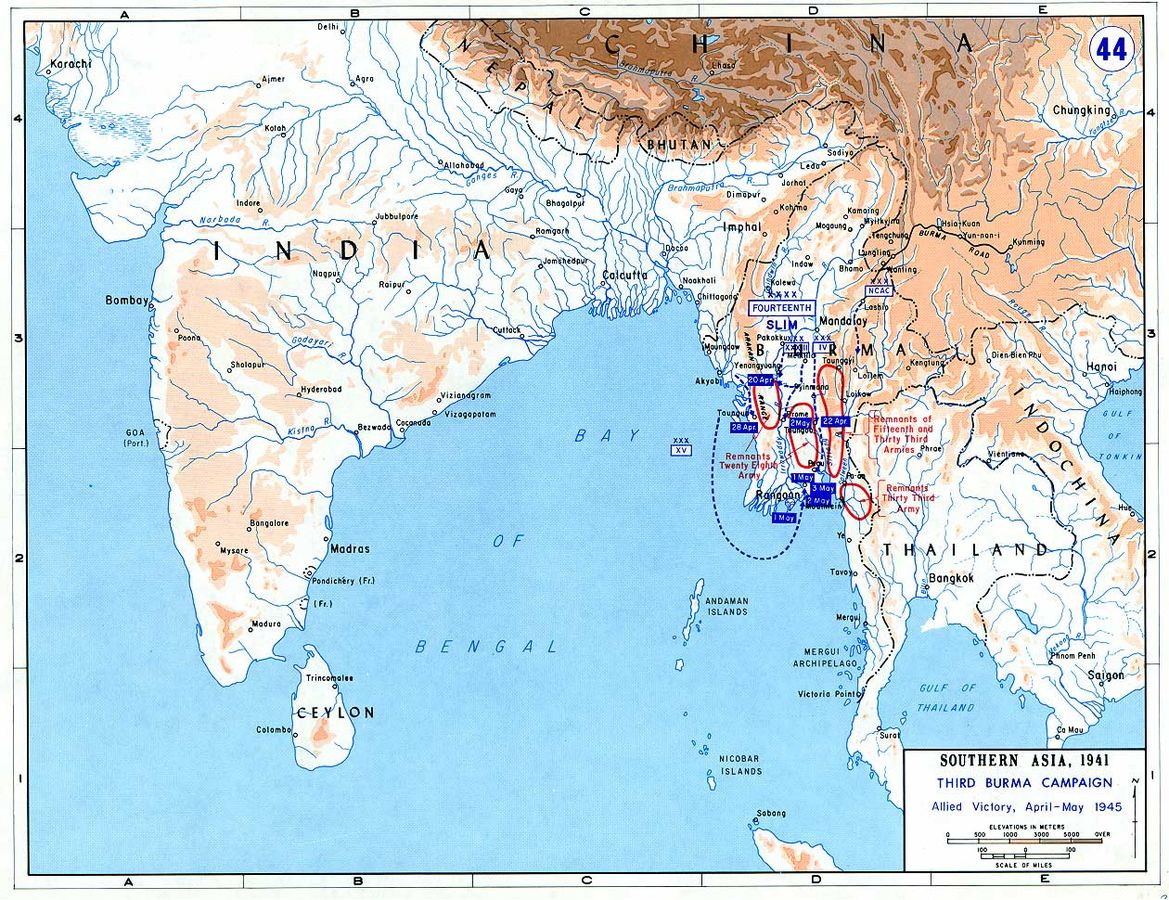 Off Denmark, damaged submarine HMS Seal surrenders to German seaplanes and a patrol vessel, the only British vessel surrendered by her commander during the war, the only sub captured at sea by Germany.

German SS unit assaults Schloss Itter in Austria, where high-ranking French POWs are being held—for the only time in the war, US and German forces fight side by side to defeat the SS troops.

In Lakeview, OR, one woman and five children are killed by a Japanese balloon bomb, the only civilians killed in the continental US by enemy action.

In the Last German U-boat attack off the US coast, U-853 sinks US cargo ship Black Point.