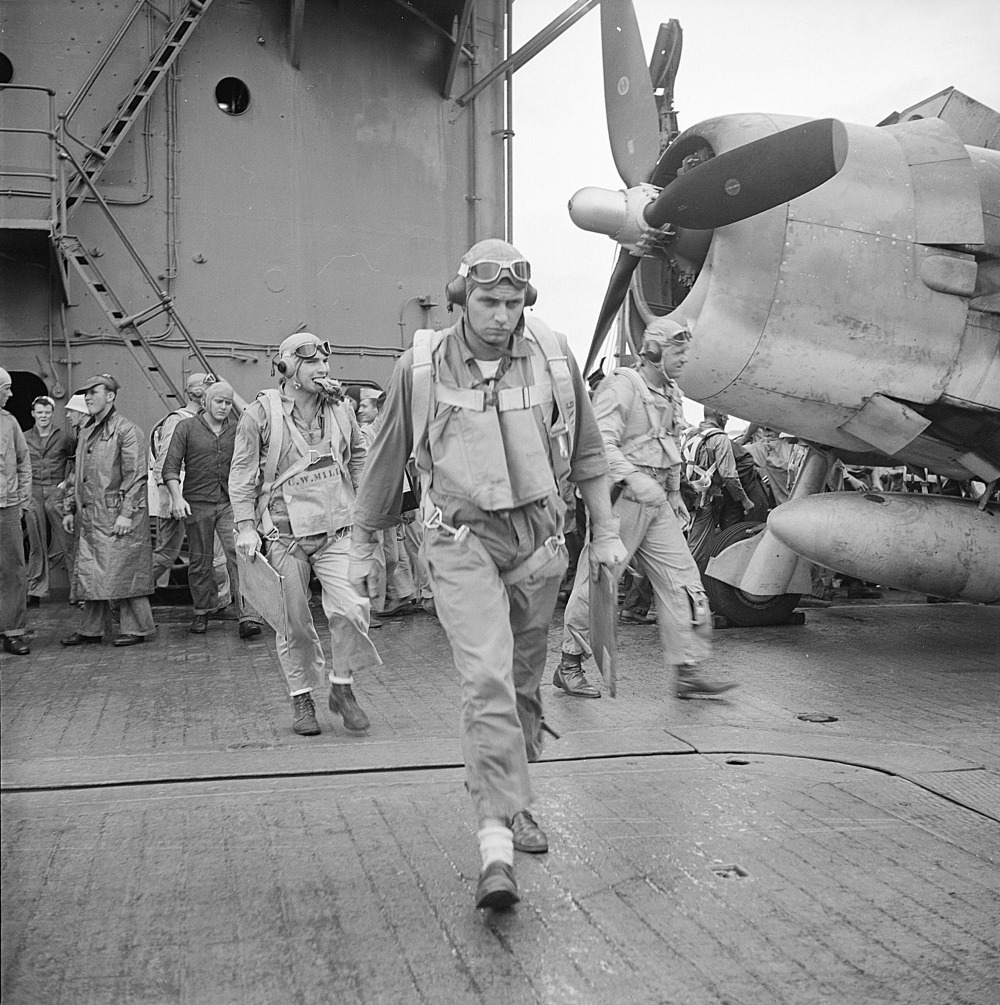 75 Years Ago—Nov. 5, 1943: Capt. Clark Gable leaves England, having flown 5 missions with the US Eighth Air Force, with footage for his documentary, Combat America.

In the first US carrier strike on Japanese base of Rabaul, aircraft from USS Saratoga & USS Princeton cripple 7 cruisers and 2 destroyers. 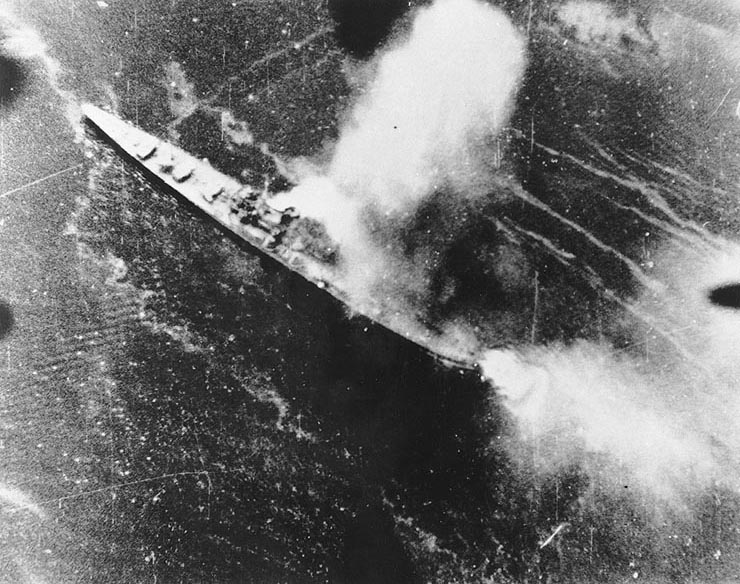 Japanese destroyer Chikuma being bombed by an aircraft from USS Saratoga, 5 Nov 1943 (US National Archives)