US celebrates Thanksgiving after President Roosevelt moved the holiday from the last to the second-to-last Thursday to extend the Christmas shopping season—although 22 states retain the original date. (Read more: “Thanksgiving in World War II.”) 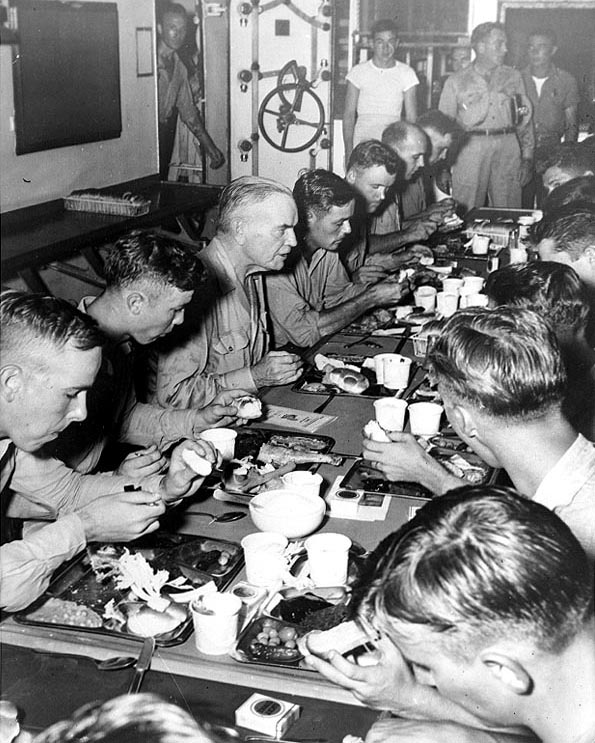 Chinese-American WASP Hazel Lee is injured in a landing accident at Great Falls, MT; she will die on Nov. 25, the last of 38 WASPs to die on duty. 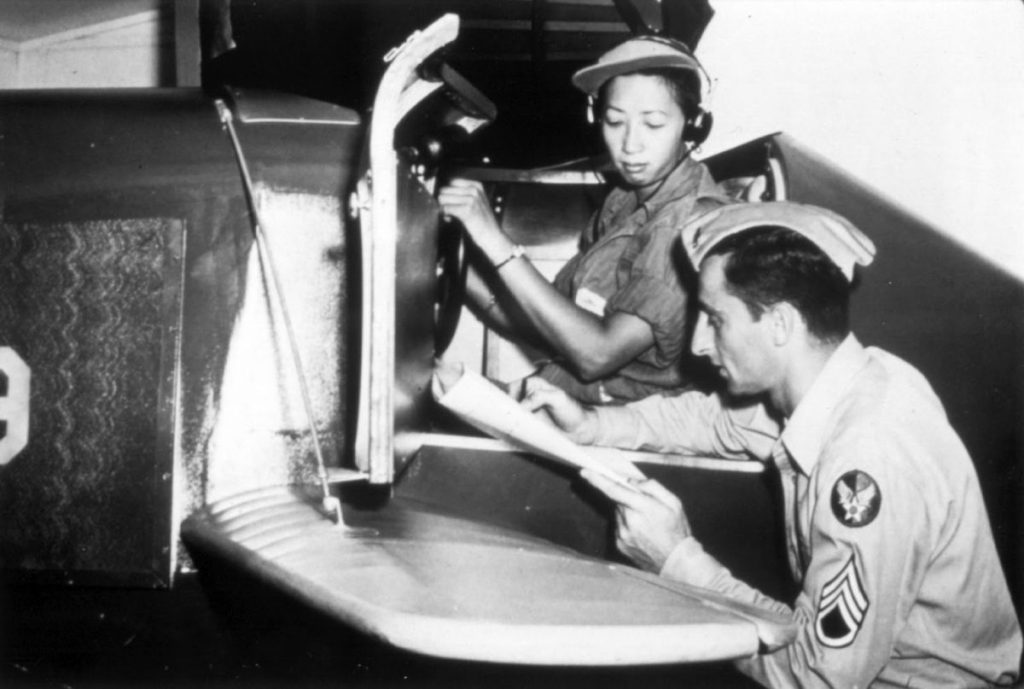 WASP Hazel Ying Lee reviews her performance after a session in a Link trainer, 1944 (US Air Force photo)