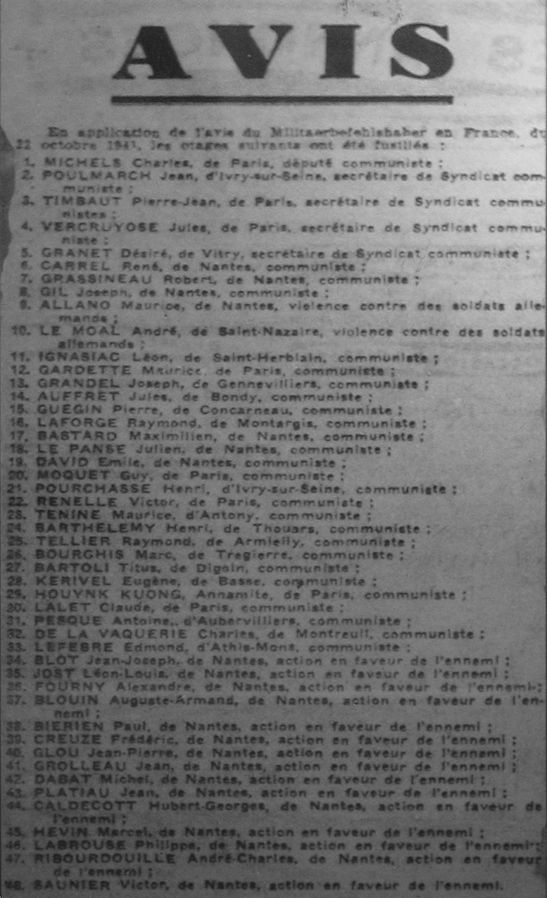 Notice of execution of French hostages by the Nazis on 22 October 1941 from 23 Oct issue of L’Œuvre (photo of exhibit in Exposition Métro via Wikimedia Creative Commons, image Expometro GM 2485.JPG)

80 Years Ago—Oct. 22, 1941: In reprisal for resistance assassinations of two German officials in France, the Nazis execute 98 hostages, including 17-year-old Guy Môquet, who becomes a martyr.

In Odessa, a time bomb left by Soviets kills 67, including Gen. Glugoscianu, the Romanian (allied with Germans) commander of Odessa.