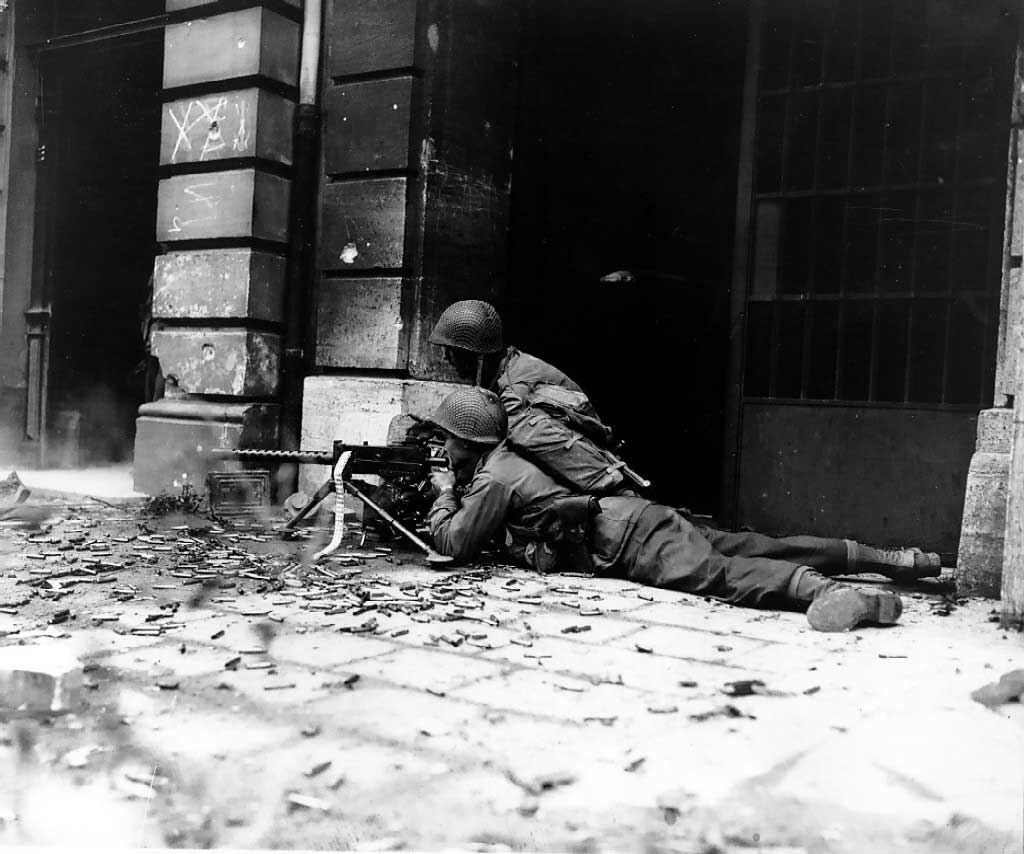 Troops of US 26th Infantry Division in the streets of Aachen, Germany, 15 October 1944 (US Army photo)

80 Years Ago—October 11, 1939: Albert Einstein delivers a letter to President Roosevelt warning of the possibility of Germany developing an atomic bomb.

Movie premiere of To Have and Have Not, starring Humphrey Bogart, Walter Brennan, and Lauren Bacall in her debut.