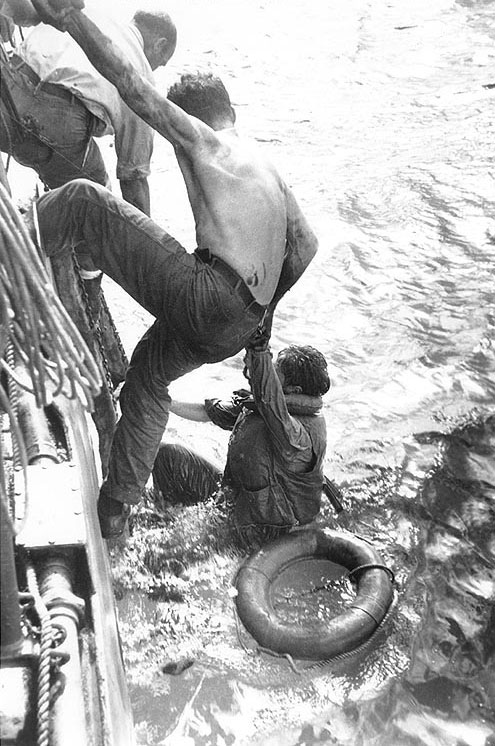 American survivors of the Battle of Leyte Gulf rescued by US Navy ship on 26 October 1944 (US National Archives: SC 278010)

75 Years Ago—Oct. 26, 1944: The Battle of Leyte Gulf concludes with a decisive US victory, despite heavy Japanese kamikaze attacks; this battle marks the virtual collapse of the Japanese Navy.

Canadian troops make an amphibious landing at Beveland in the crucial Scheldt Estuary in the Netherlands. 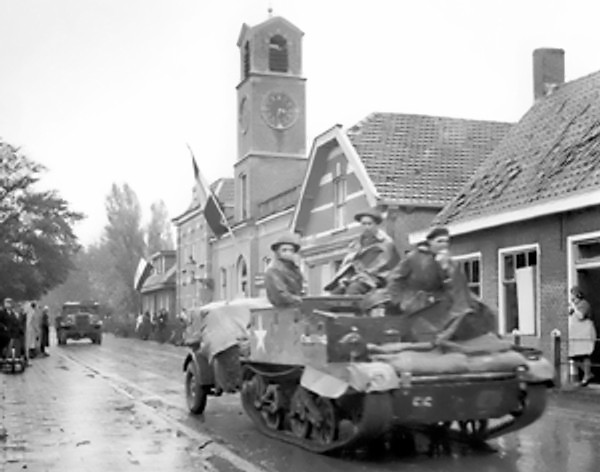