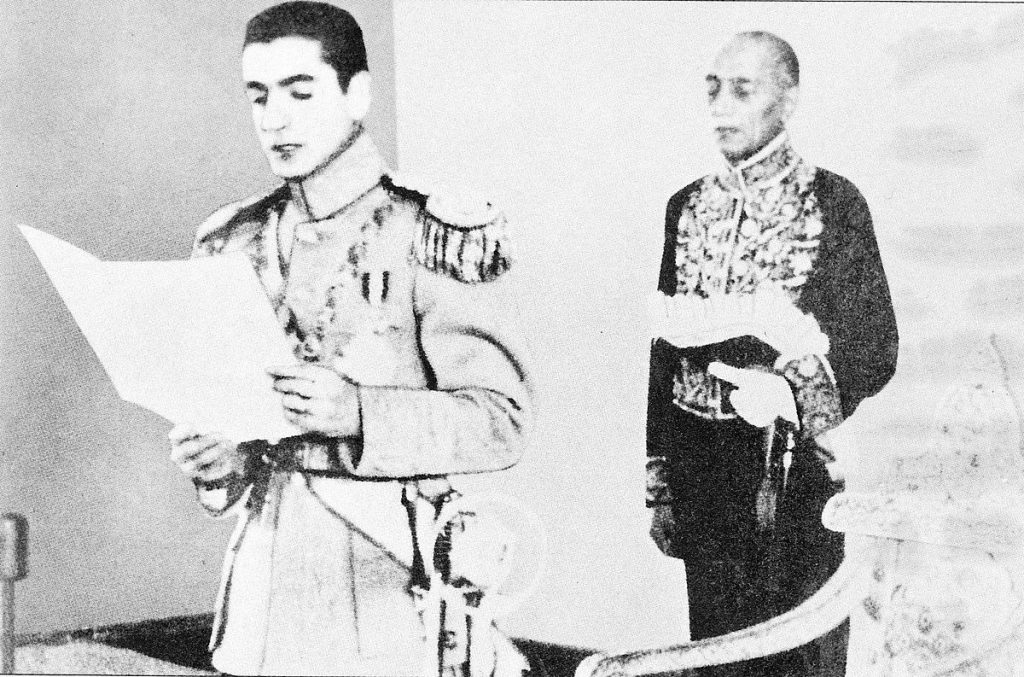 Mohamed Reza Pahlavi on his inauguration as Shah of Iran, 17 September 1941 (public domain via Wikipedia)

80 Years Ago—Sept. 16, 1941: German army orders that 50-100 communist hostages are to be killed for every German killed by resistance members in occupied nations and orders death sentence for acts of resistance.

In Iran, Reza Shah Pahlavi abdicates in favor of his son, Mohamed Reza Pahlavi, who will be inaugurated the next day; the son is favored by the Allies.