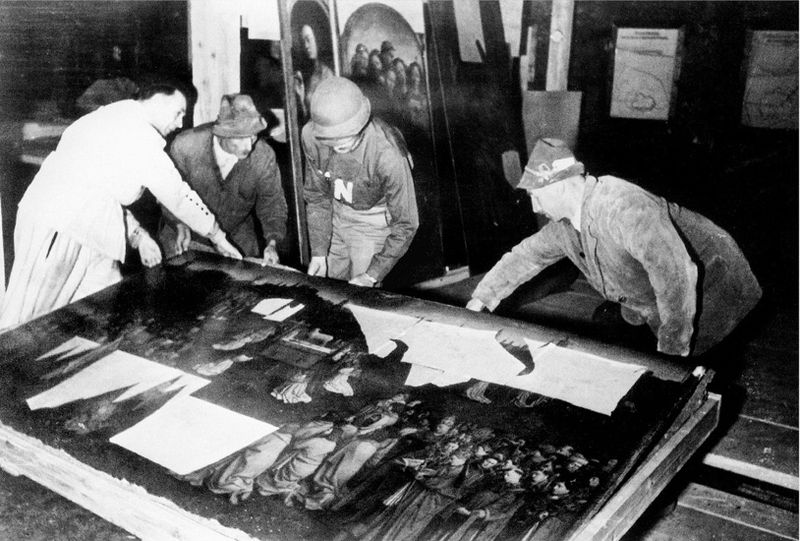 The Ghent Altarpiece recovered from the Altaussee salt mine, July 1945 (US National Archives)

75 Years Ago—Sept. 3, 1945: Japanese forces on Wake and in the Caroline and Bonin Islands surrender.