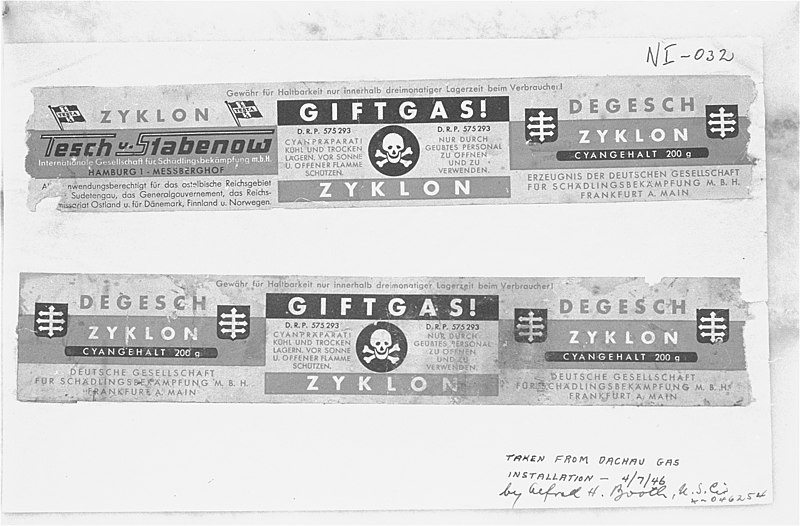 Labels taken from canisters of Zyklon B from Dachau, used as evidence at the Nuremberg Trials, 7 April 1946 (US National Archives: 03563)

80 Years Ago—Sept. 3, 1941: Nazis first experiment with the use of Zyklon-B in the gas chambers at Auschwitz on Soviet POWs.

Trial begins for 33 German spies in the Duquesne ring, in Brooklyn, NY. 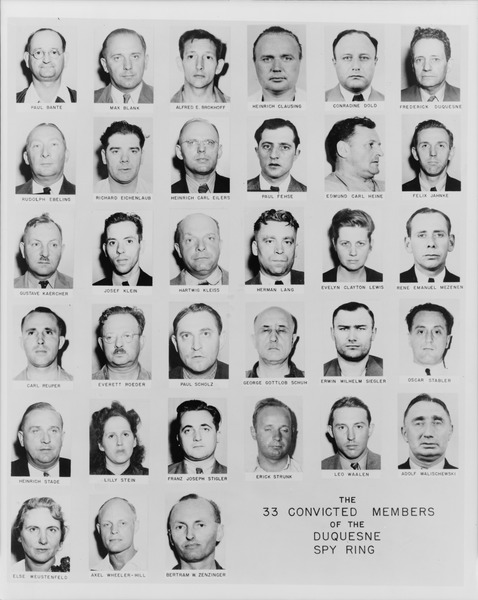