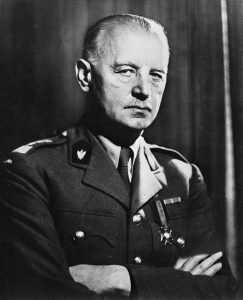 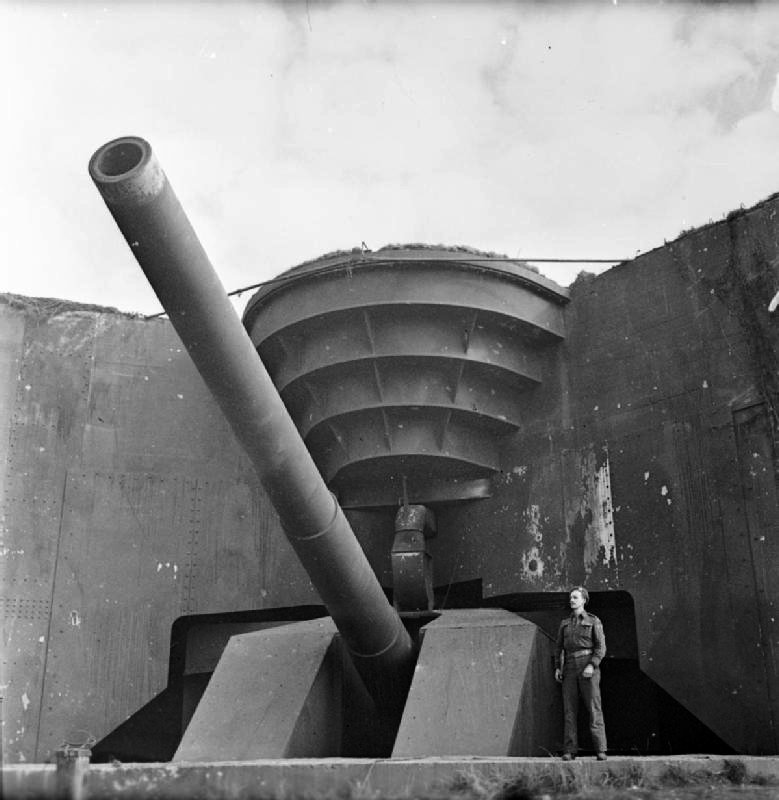 Soldier poses next to one of the German coastal guns captured by the Canadians at Cap Gris Nez, France, 1 October 1944 (Imperial War Museum B 10467)

In the Pacific, US declares Peleliu secure, but resistance remains. 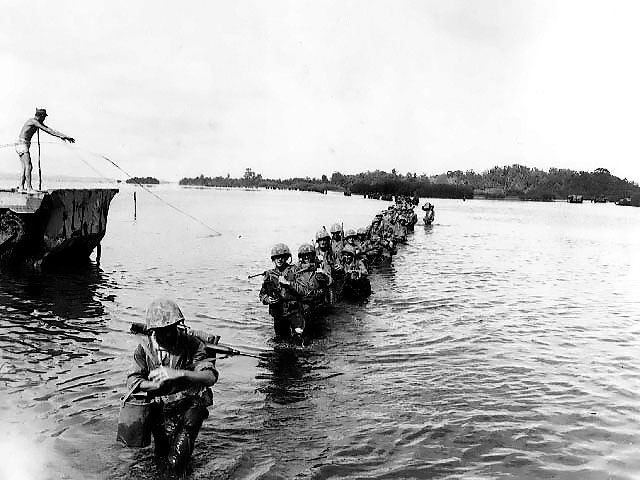 US Marines on Peleliu, September 1944 (US Marine Corps photo)