Yours Is the Night by Amanda Dykes 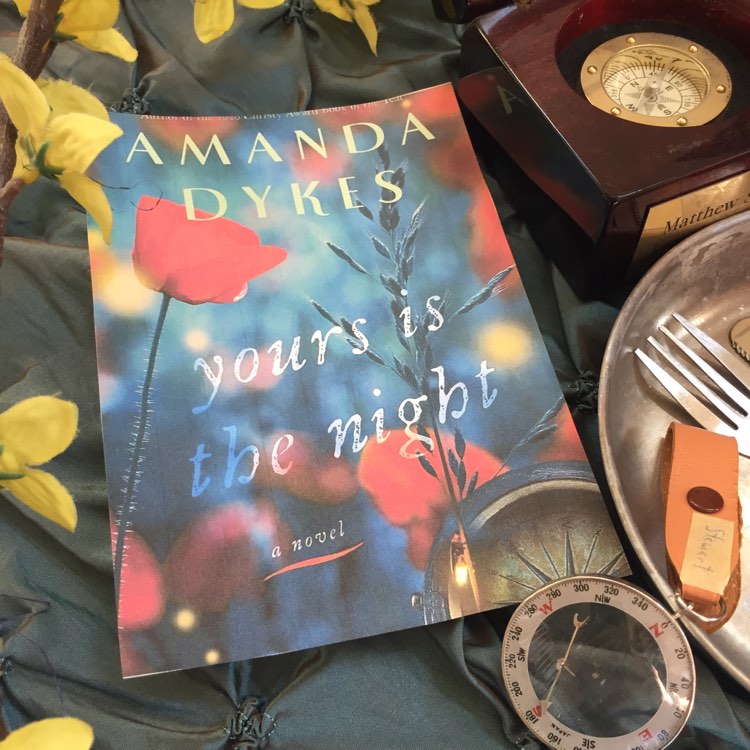 All Mireilles has ever known is living in the Argonne woods with only her beloved father and grandfather. But then the Great War leaves her alone and in danger she can’t begin to fathom.

Matthew Petticrew serves in the US Army, quiet and serious, with a deep need for the belonging he has never known in his lonely life. Out in the trenches, Matthew is surrounded by a mismatched band of misfits. Henry, the farm boy turned reporter, who hides behind a façade. George, an irresponsible Englishman who thought he could escape the war by going to America and then by becoming a chaplain – although he and the Lord are not well acquainted. And Capt. Jasper Truett, a famous war hero with painful secrets.

At night, the soldiers hear the “Angel of the Argonne” singing over them. On patrol, they stumble upon Mira and her forest home. Matthew is enchanted by her and realizes he needs to bring her to safety, to Paris, where she may have family she’s never met. Captain Truett sends Matthew, Henry, and George on this very mission. The journey is long and arduous and will bring Mira and each man in the band to new understanding.

Whenever I read a novel by Amanda Dykes, I’m transported by her lyrical writing into an almost otherworldly world – ours but not quite – a world where story lives on a higher plane, where characters like Matthew and Mira wrench your heart even as George makes you laugh. Best of all, Amanda’s writing sings like her fictional Angel of the Argonne, beckoning with hope and spreading light in a dark world. Yours Is the Night is not to be missed.