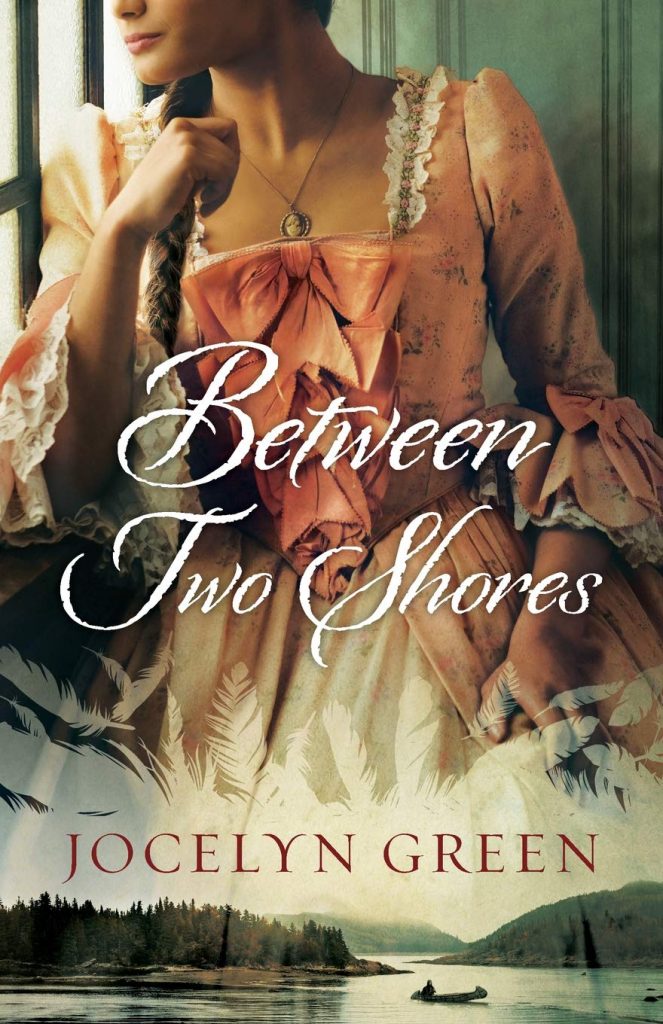 In 1759 during the French & Indian War, Catherine Duval, half-Mohawk and half-French, runs her father’s trading post outside of Montreal. With the British besieging Quebec City and famine raging, French soldiers arrive to impress the women into harvesting wheat for the army at Quebec. To Catherine’s shock, her father “ransoms” a British prisoner-of-war, Samuel Crane, who had broken Catherine’s heart several years before.

Only Samuel has no intention of staying as a servant. He has information that could end the war in Canada, and no one but Catherine can help him escape. But to do so, Catherine will have to make a treacherous journey, endanger her loved ones, and risk her own heart once again.

In Between Two Shores, Jocelyn Green brings to life the perilous times of the French & Indian War in Canada. Lush descriptions and compelling characters make reading this story a rich experience. Along the way, Catherine faces truths about herself and the Lord that resonated with me. Don’t miss this story!

I ended up with two copies of Between Two Shores – so I’m giving one away! To enter the giveaway, please leave a comment below – US mailing addresses only, please. Giveaway ends Sunday, March 24, 2019 at midnight PST, and I’ll announce the winner here on my blog on Monday, March 25.

103 Responses to “Between Two Shores – and Book Giveaway!”