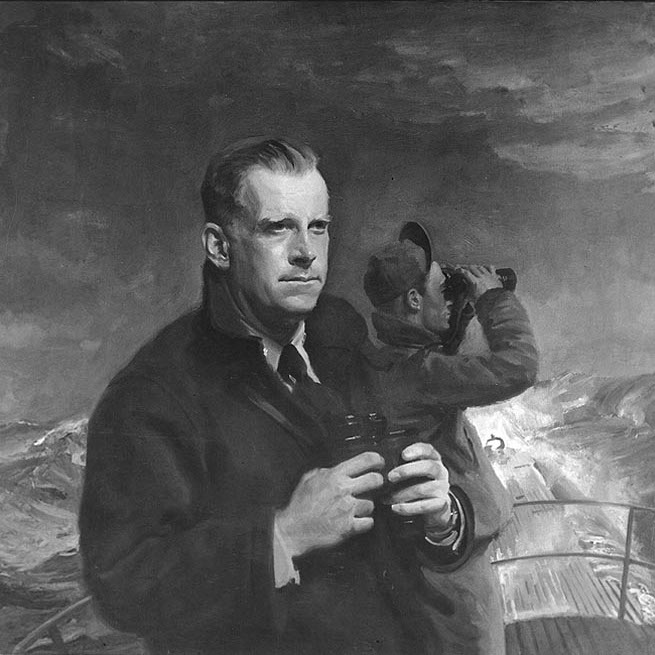 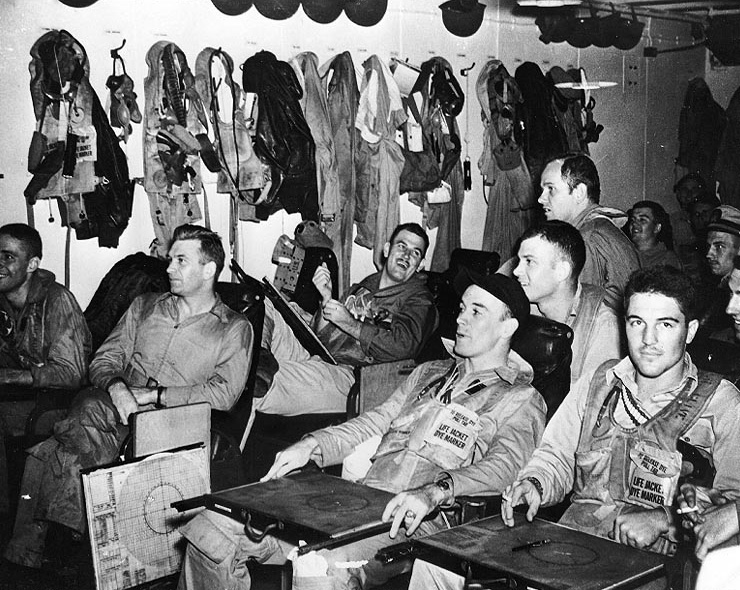 Pilots of US Navy Torpedo Squadron 13 in their ready room aboard carrier Franklin just before the Battle of the Sibuyan Sea during the Battle of Leyte Gulf, 24 Oct 1944 (US National Archives: 80-G-290733)

75 Years Ago—Oct. 24, 1944: Fifty black sailors are convicted of mutiny in the controversial Port Chicago case; after only 80 minutes deliberation, all 50 men are given 15-year sentences (Read more: “The Port Chicago Disaster—The Mutiny Trial”).

Off Formosa, sub USS Tang sinks a ship in a Japanese convoy, having sunk 5 ships with only 9 torpedoes, but Tang is then sunk by her own torpedo (74 killed, but 9 survive as POWs including captain Lt. Cdr. Richard O’Kane, who will receive the Medal of Honor).