A Rose for the Resistance by Angela K. Couch 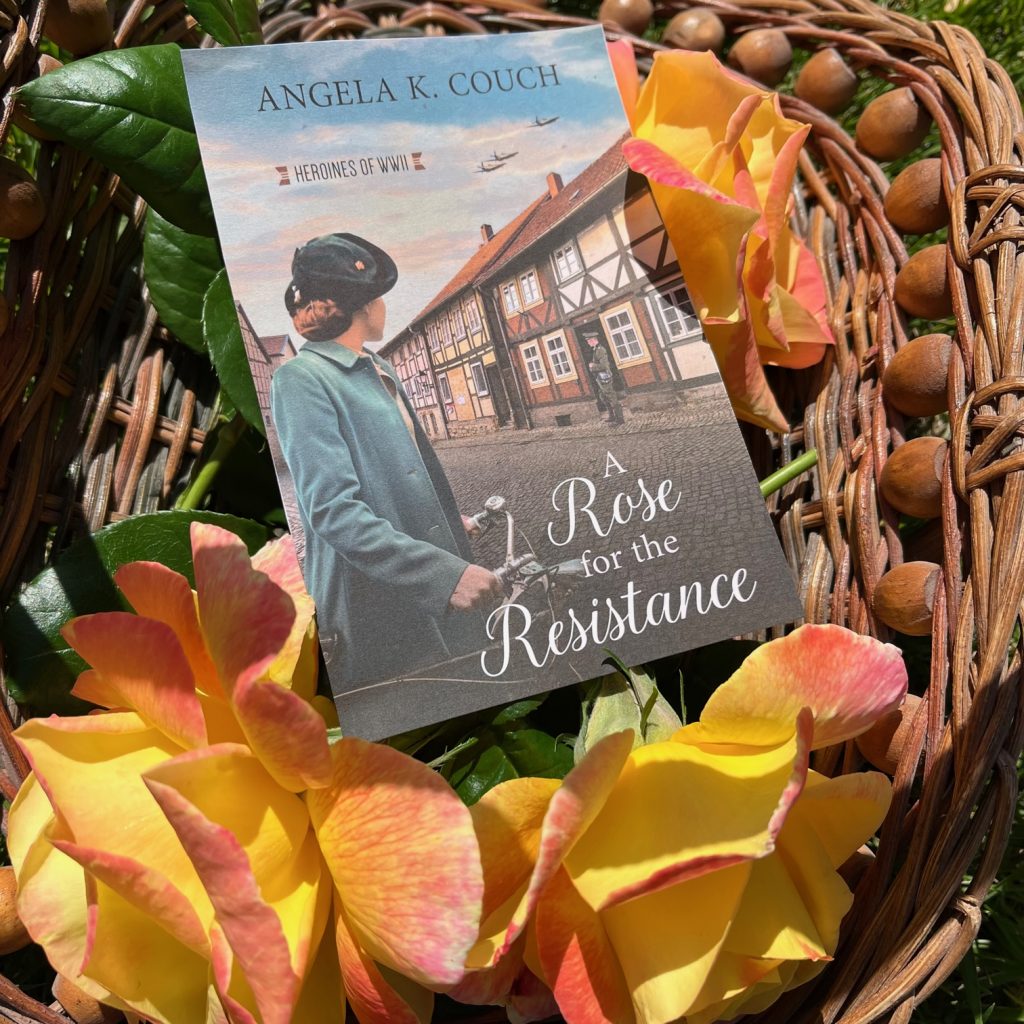 In June 1940, Rosalie Barrieau watches in horror as the Nazis invade her beloved French village of Sainte-Mère-Église and execute her boyfriend, and as her young brother joins the Resistance. She just wants to keep the family nursery blooming and to protect her withdrawn mother. However, as Nazi brutality increases in the next few years, she decides she can no longer remain passive.

Injured German SS soldier Franz Kafka (no connection to the surrealist author!) is sent by his high-ranking SS officer stepfather to the quiet backwaters of Normandy to recover in a safe posting – but he’s beginning to doubt his nation’s ideology. When he aids Rosalie after she’s confronted by one of his fellow soldiers, he’s drawn to her. Later, he finds an injured RAF pilot. Instead of turning him in, he impulsively brings him to Rosalie’s home, crossing a dangerous line for both of them.

Rosalie doesn’t know what to think of the continuing help she receives from Franz as he overlooks family resistance activities. Can she trust him? Or is he setting them all up for a greater fall?

A lovely romance and a touching story of a wounded family. Set amid the bleakness of Nazi-occupied Normandy, A Rose for the Resistance raises thoughtful questions about loyalty and courage and trust. Rosalie and Franz both find strength in dire circumstances, and their love grows from impossible to inevitable. You will lose yourself in Angela K. Couch’s beautiful and suspenseful story!

One response to “A Rose for the Resistance by Angela K. Couch”