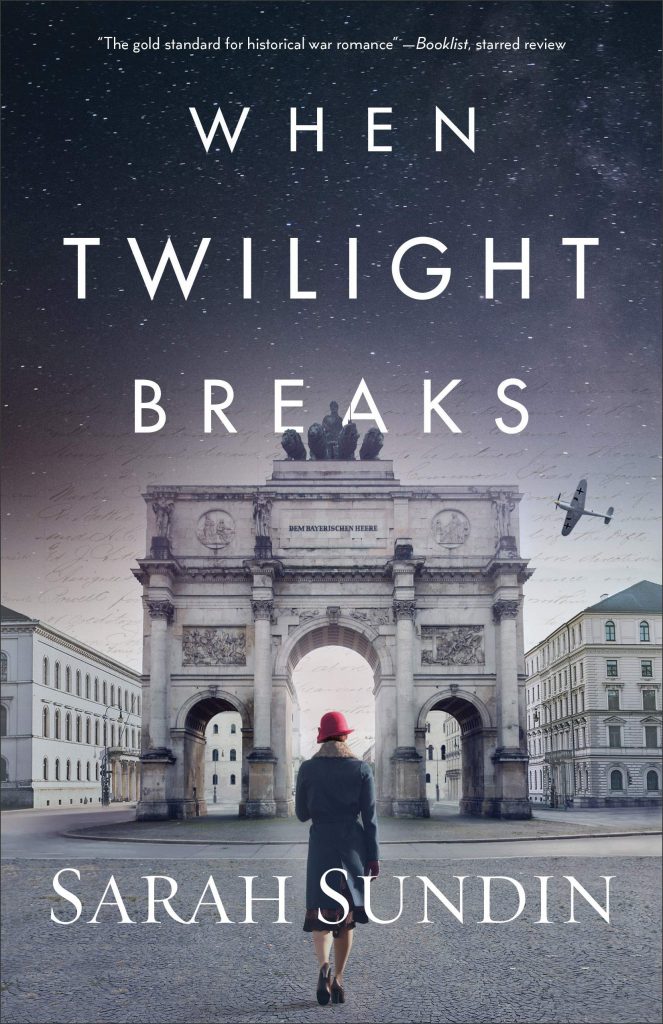 Today I’m pleased to reveal the cover for my upcoming novel, When Twilight Breaks, which is scheduled to release from Revell Books February 2, 2021. This is the first of three standalone novels, each following Americans living in Nazi Europe before and during World War II.

Evelyn Brand is an American foreign correspondent as determined to prove her worth in a male-dominated profession as she is to expose the growing tyranny in Nazi Germany. To do so, she must walk a thin line. If she offends the government, she could be expelled from the country—or worse. If she fails to truthfully report on major stories, she’ll never be able to give a voice to the oppressed—and wake up the folks back home.

Today, July 1, at 9 am Pacific/noon Eastern, I’ll be on Facebook Live video sharing more about the story and the history behind it. Here’s the video on YouTube: