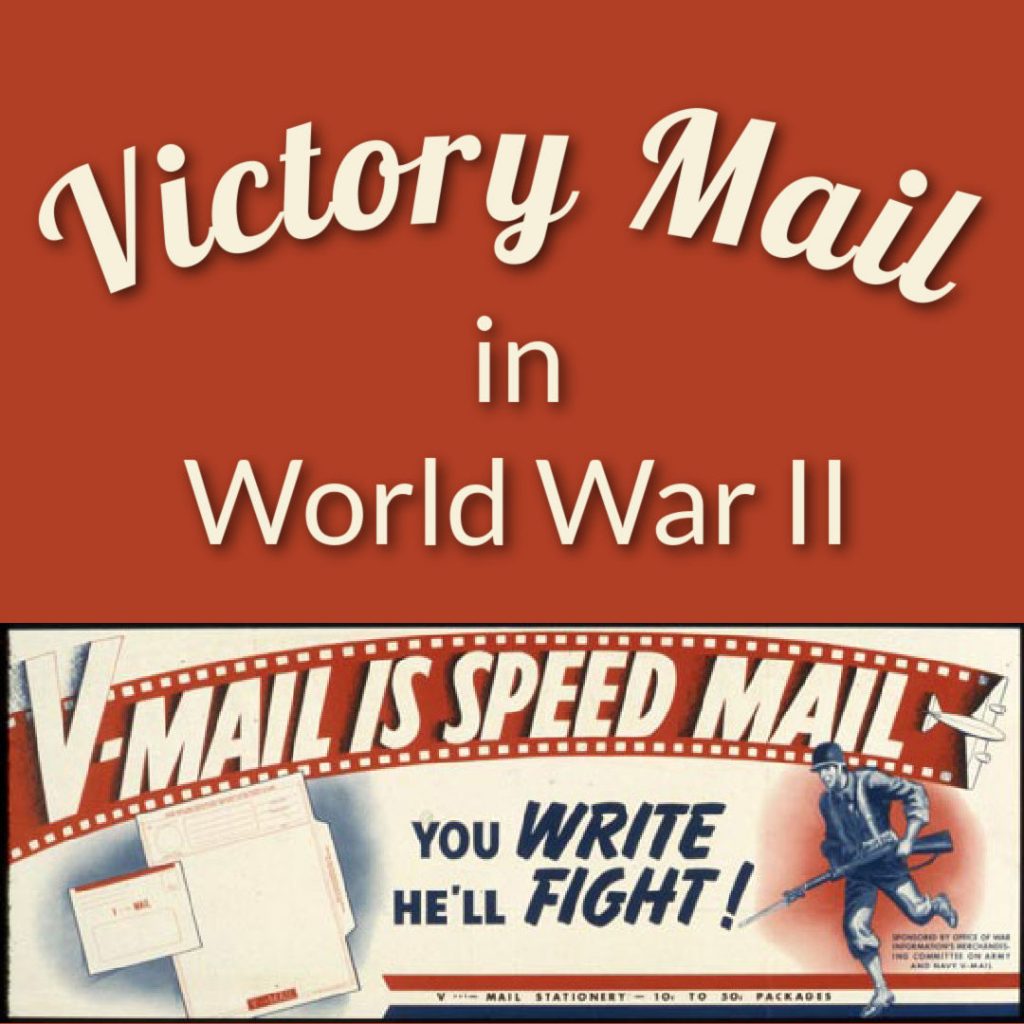 During World War II, letters were essential to the health of relationships. Soldiers and sailors who shipped overseas couldn’t make phone calls, and of course, e-mails and text messages hadn’t been invented. That left letters. 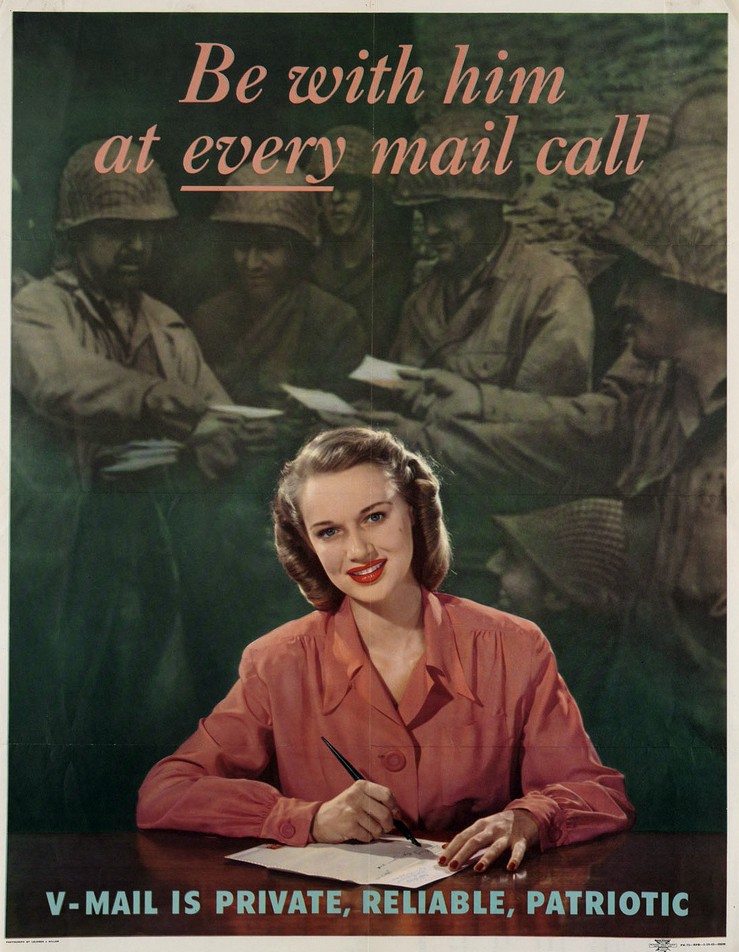 The US military knew letters from home were the single biggest morale booster, and a force with high morale fights better. However, mail bags took up valuable space on cargo ships and planes. For example, in 1945 the US Army handled over 2 billion pieces of mail. 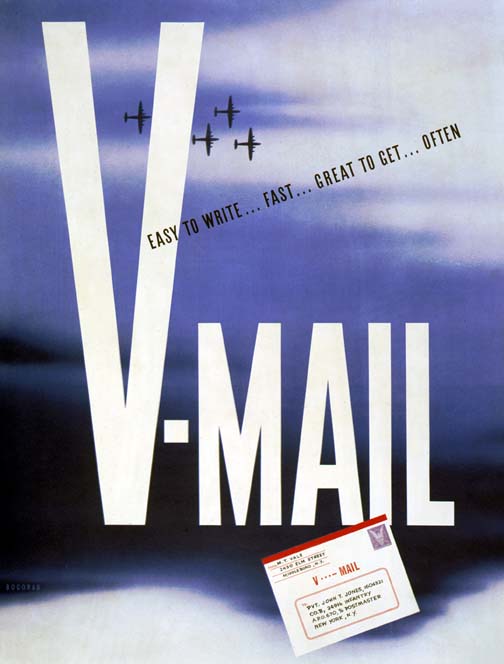 US poster encouraging use of V-Mail, World War II 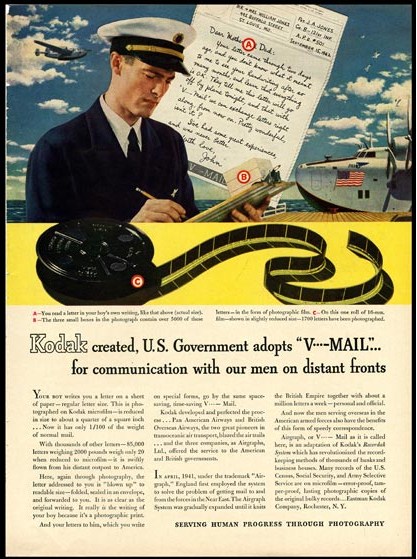 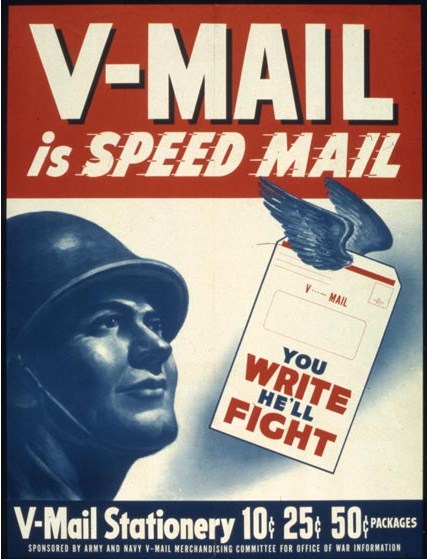 V-Mail stationery was a single page, printed front and back. The back contained instructions as well as space for return and mailing addresses. The letter was written on the front within the margins, boldly and in dark ink so it would reproduce well. Return and mailing addresses were repeated at the top. Then the form was folded in half, sealed, and sent off. (To send your own V-mail, download the forms, print on the front and back of a single sheet of paper, write your letter, and mail!) 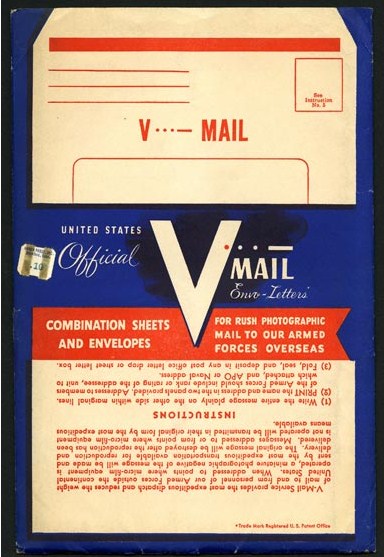 V-Mail packet with instructions for use 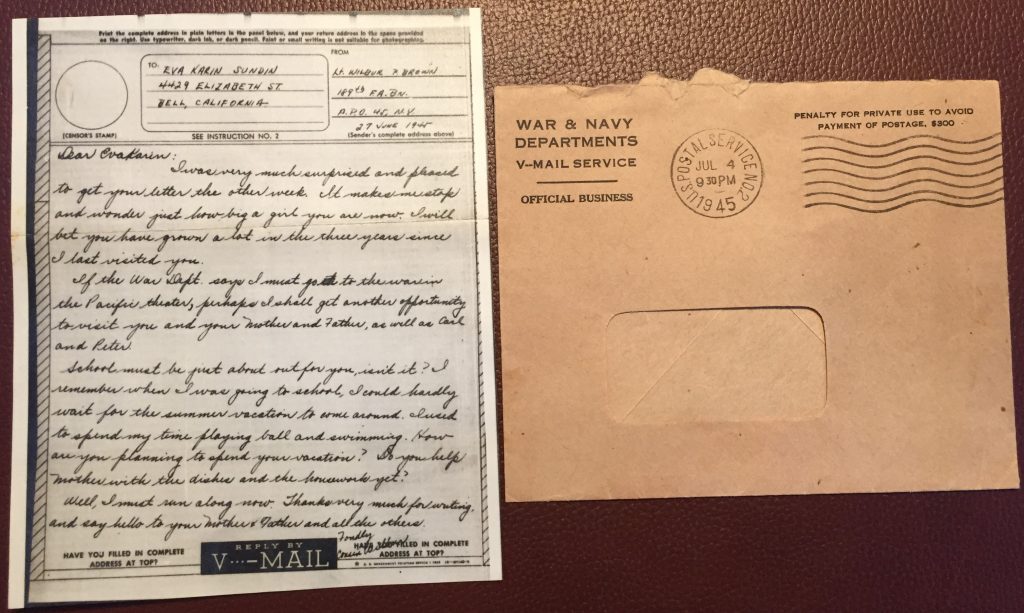 A V-Mail received by my husband’s aunt during World War II. Note smaller size in relation to envelope.

Victory mail and regular letters helped people communicate. The danger of wartime lent urgency to correspondence. No one knew if that letter was the last one they’d write or receive. Couples ofent expressed feelings usually saved for special occasions. 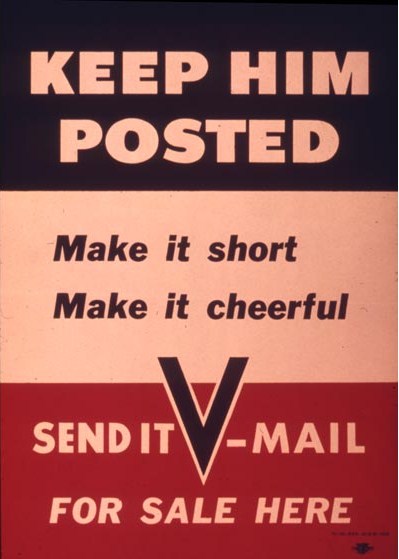 US poster encouraging use of V-Mail, World War II (US National Archives: 44-PA-1191)