Make It Do – Clothing in World War II 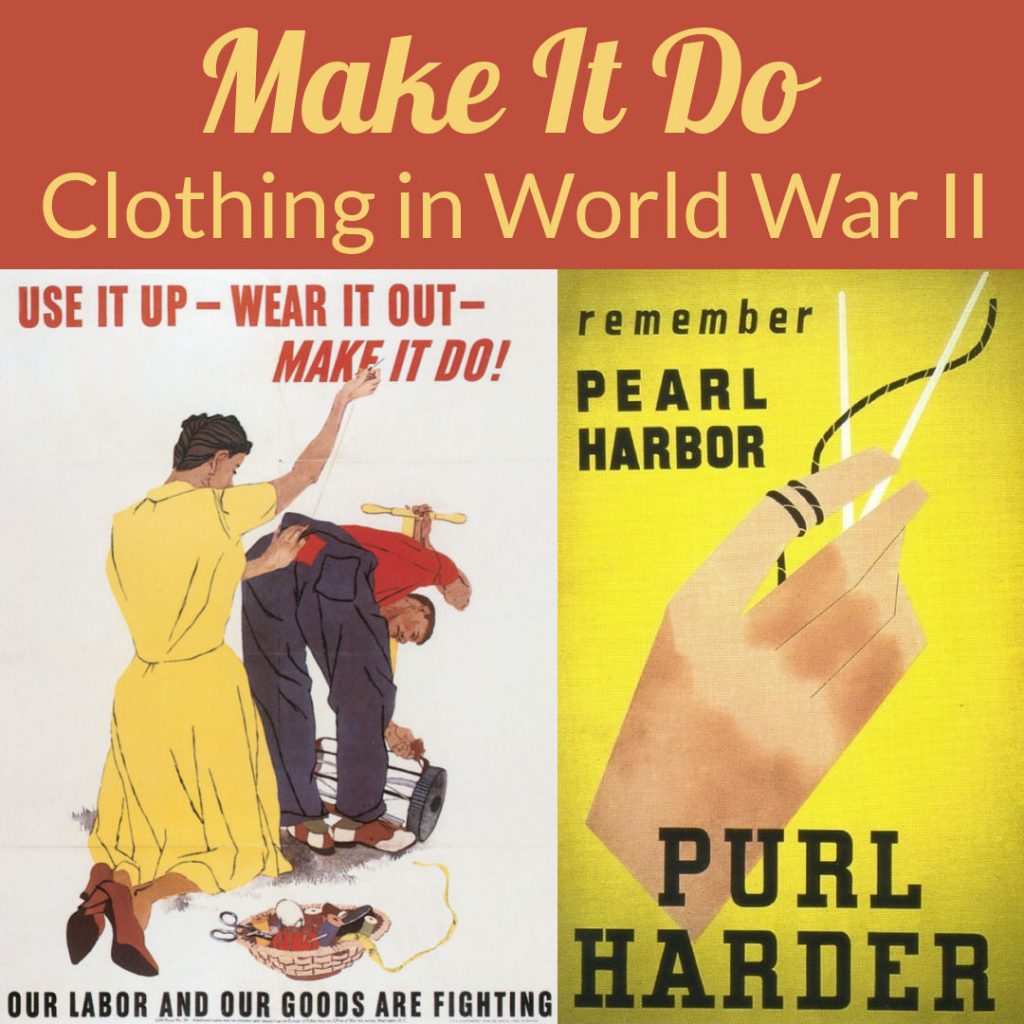 During World War II, the United States didn’t ration clothing as the United Kingdom and many other nations did, but restrictions were applied, and fashions adapted to use less fabric.

Eleven million men and women served in the US military during the war, and they all needed uniforms. This strained the country’s supply of fabric, particularly wool, and the garment manufacturing system. Since Japan produced the majority of the world’s silk, the war cut off the supply completely. Civilians were encouraged to purchase or make clothing from cotton, rayon, or rayon/wool blends. 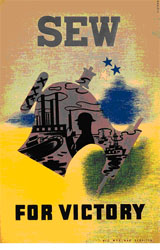 Clothing using less fabric became fashionable. Women’s suits took on a sleek, military look. Suit jackets were fitted, with padded shoulders, and rested between the waist and hip. Skirts rose to knee-length and took on a slim silhouette, often with an A-line flare. The peasant look was also popular, but without full skirts and ruffles. Also, millions of women entering the workplace popularized the “Rosie the Riveter” look—slacks became stylish, as well as turbans, snoods, and headscarves to keep hair away from machinery. Since metal zippers were unavailable, wraparound dresses and skirts were introduced. See my 1940s Fashions Pinterest board for lots of pictures.

Before the war, when a man purchased a suit, it came with a jacket, a vest, and two pairs of trousers. The wartime “Victory Suit” eliminated the vest and second pair of trousers. Men’s jackets were single-breasted, had narrow lapels, no cuffs, and no pocket flaps. Wartime necessity allowed men to wear mismatched jackets and trousers. 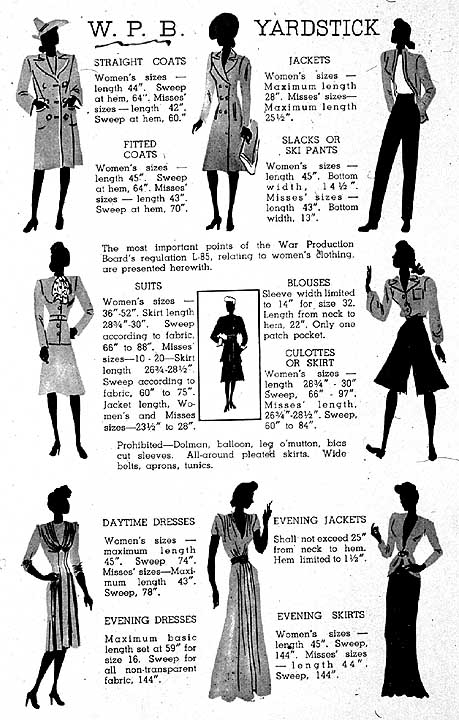 On March 8, 1942, the US War Production Board (WPB) issued order L-85 with the goal of 15 percent reduction in the amount of textiles used in women’s wear. Skirt length and width were restricted, as well as the width of women’s slacks. The WPB prohibited pleats, ruffles, patch pockets, attached hoods and shawls, and full sleeves or skirts. Hems and fabric belts could be no wider than two inches, and garments could have no more than one pocket. Exemptions were allowed for bridal gowns, maternity clothes, and religious vestments. 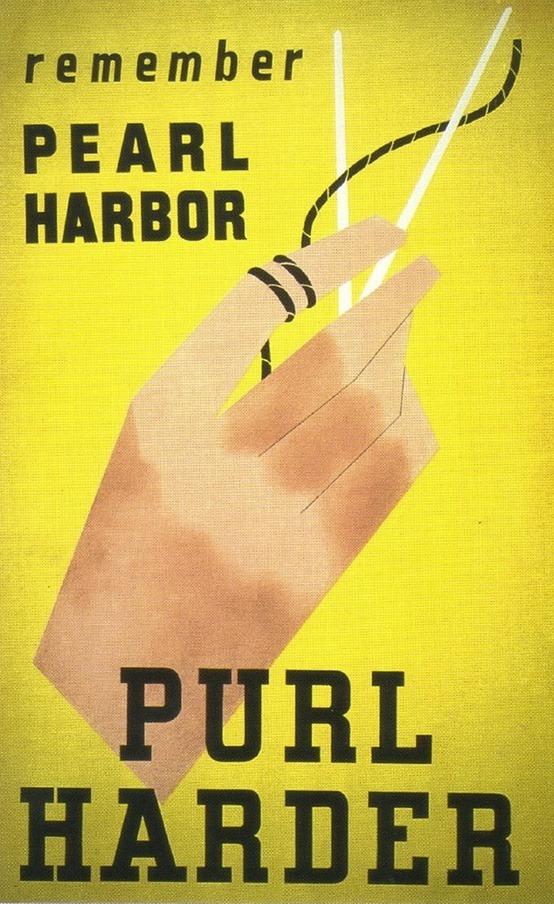 Home sewing and knitting were not restricted and became even more popular. However, patterns of the time tended to follow WPB guidelines.

The textile situation worsened in 1944. Manufacturing of civilian clothing fell 50 percent, and prices began to rise. To prevent rampant inflation, the Office of Price Administration instituted price controls on clothing on March 19, 1945, which were lifted on August 18, 1945. 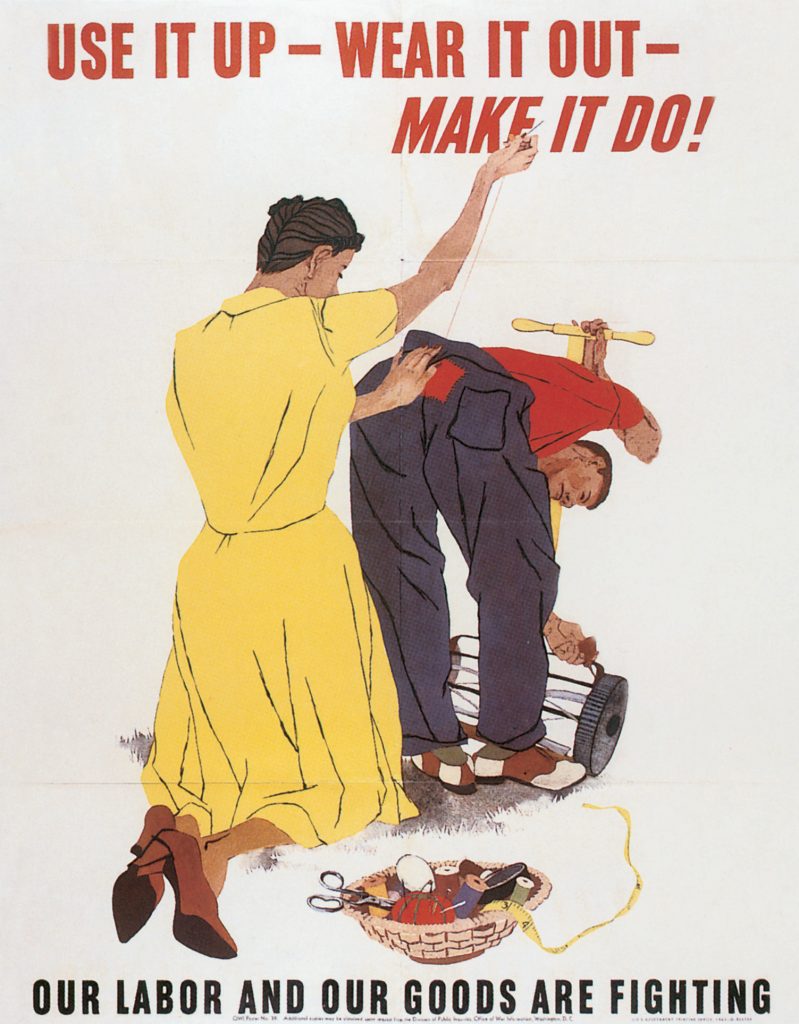 Mending was more than economical, it was a patriotic duty, and a fad for patched clothing emerged. Home sewers often pieced together garments from remnants, mixing and matching colors and patterns. Creative women cut down old garments to reuse the cloth and remade old clothing into wartime fashions. Due to the silk shortage, women shared wedding dresses and formalwear. With so many men off to war, wives were encouraged to remake their husband’s suits for their own use, and the old pioneer tradition of cutting down adult clothing for children’s use returned.

What do you think of 1940s fashions? Would you have resented the restrictions or enjoyed the chance to be creative?

2 responses to “Make It Do – Clothing in World War II”