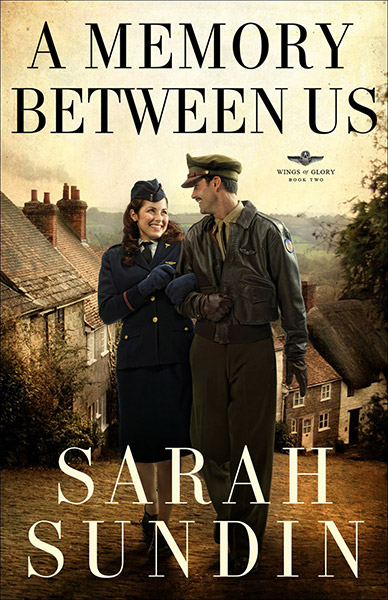 It’s official! Here’s the cover for the second book in the Wings of Glory series, which will be available September 2010. A Memory Between Us is now featured on Revell’s website at http://www.revellbooks.com/

Major Jack Novak has never failed to meet a challenge–until he meets army nurse Lieutenant Ruth Doherty. When Jack lands in the army hospital after a plane crash, he makes winning Ruth’s heart a top priority mission. But he has his work cut out for him. Not only is Ruth focused on her work in order to support her orphaned siblings back home, she carries a shameful secret that keeps her from giving her heart to any man. Can Jack break down her defenses? Or are they destined to go their separate ways?

A Memory Between Us is the second book in the Wings of Glory series, which follows the three Novak brothers, B-17 bomber pilots with the US Eighth Air Force stationed in England during World War II.

This has been an exciting week for me, with A Distant Melody now in stores, and now the cover for A Memory Between Us. I thank all of you – family, friends, and new e-buddies, for your support, encouragement, and prayers. There needs to be an asterisk after my name on the cover to include all of you, because I couldn’t do it without you!

6 responses to “My Second Book Cover!”