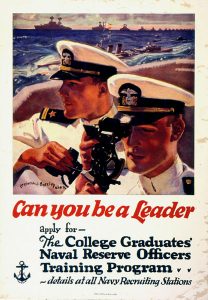 I’m thrilled to announce that I’ve just signed a third contract with Revell for a series set in World War II! The three-book series is tentatively titled Waves of Freedom, and it follows the fictional Avery family. During the early years of World War II, three naval officers based in Boston find adventure in the Battle of the Atlantic and are captivated by three lovely women—a shipyard worker, a pharmacist, and a WAVE. Battles erupt on the high seas. Mysteries arise on the Home Front. Family ties and friendships are tested. And love is found where least expected. 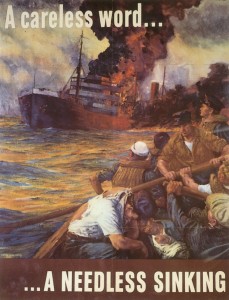 In 1941, as America teeters on the brink of World War II, Mary Stirling works at the Boston Navy Yard and renews an old friendship with naval officer Lt. Jim Avery. Jim’s destroyer escorts British convoys across the North Atlantic as part of the Neutrality Patrol, but problems on his new ship point to a saboteur at the shipyard. As Jim and Mary work together to find the culprit, their relationship promises to blossom into something more. Jim battles U-boats on the high seas, and Mary’s investigation brings danger to herself and those she cares about. While friendship draws them together, a deeper friendship could rip them apart. 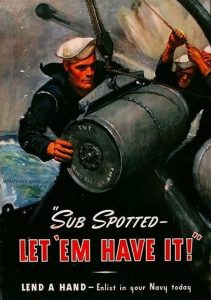 Book 2 (summer 2016)
For plucky Lillian Avery, America’s entry into World War II means a chance to prove herself as a pharmacist in Boston. She loves the wartime challenges of her new job but does not enjoy the attention of society boy Lt. Archer Vandenberg, even if Arch is her brother Jim’s best friend. As Arch’s destroyer battles U-boats along the East Coast in the darkest days of the war, Lillian uncovers a black market drug ring. Arch’s efforts to aid Lillian’s investigation and to win her trust fling them both into danger—from torpedoes, drug lords, and broken hearts 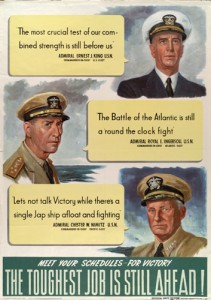 Book 3 (summer 2017)
When Quintessa Beaumont learns the US Navy has established the WAVES program for women, she enlists, determined to throw off her frivolous ways and truly contribute. Lt. Cdr. Dan Avery employs his skills as a radar specialist to fight U-boats at the peak of the Battle of the Atlantic, but the last thing he wants to see on his radar is Tess. As Dan and Tess work together at the Boston Navy Yard, Tess proves her worth and finds her affections drawn by the no-nonsense officer, realizing he sees her as the greatest nonsense of all. While the German Navy challenges Dan’s radar skills, the changes in Tess challenge his notions—and his heart.
I’m so excited to be able to share these stories with you, and I’m thankful to my agent, Rachel Kent of Books & Such Literary Agency  and everyone at Revell Books for giving me the opportunity to do so. And I thank the Lord for all my readers and friends, who have encouraged me and supported me through this crazy writing journey.
Share