No Journey Too Far by Carrie Turansky 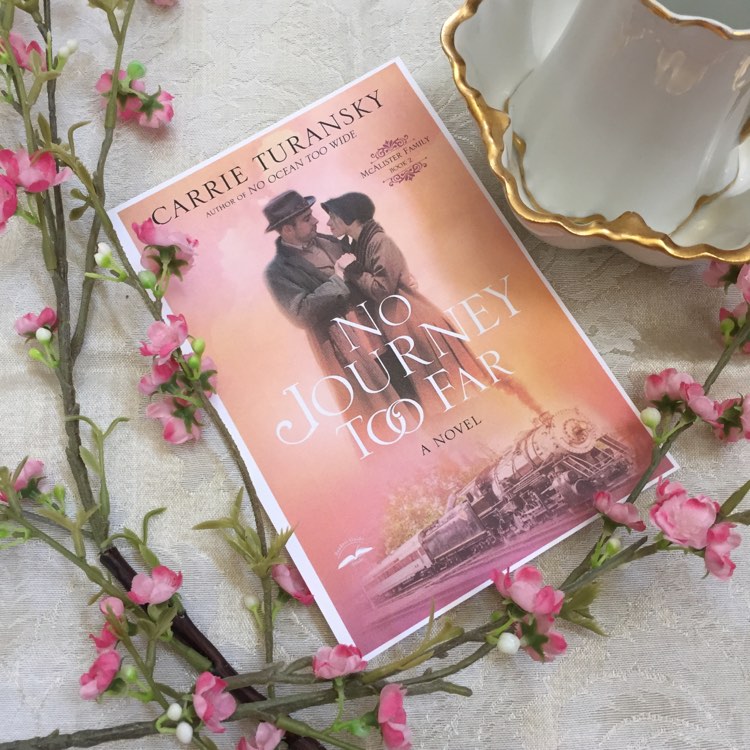 In 1919, Grace Hamilton is being prepared by her wealthy parents to make her debut in Toronto society. But Grace longs to find information about the family she remembers as a little girl – when she was shipped from England to Canada with the British Home Children and separated from her brother and sisters. Her parents, however, insist she lie about her background for fear that the stigma against the British Home Children will prevent her from finding a suitable match.

In the Ontario countryside Emma Lafferty has run away from the farm where she was raised as a Home Child – and was treated poorly. She’s found friends and good work at the boardinghouse where she lives, but she longs for the man she loves, Garth McAlister, to return from the Great War and she worries because he hasn’t written in far too long. Then when the landlady is murdered, Emma finds herself the prime suspect.

Garth and his friend Rob Lewis visit Garth’s newfound family in England after serving with the Canadian forces in the war. Both are eager to shake off their experiences as Home Children and forge new lives for themselves. But first, Garth wants to return to Emma – and to find his long-lost little sister, Grace.

A sweet and gentle tale at heart, No Journey Too Far features endearing characters who live out their faith in difficult circumstances. The story also casts light on the prejudices faced by the British Home Children in Canada, even as they entered adulthood. Grace and Emma are appealing characters, and Garth and Rob are true heroes with both strength and determination. Carrie Turansky‘s writing pulls the heartstrings in all the right ways!

4 responses to “No Journey Too Far by Carrie Turansky”